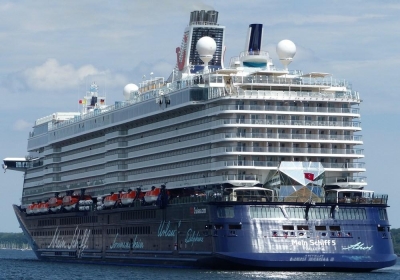 The “Mein Schiff 5” owned by a German operator docked at the capital city with ceremonies and cultural shows planned throughout the day, reports Xinhua news agency.

Officials from the SLPA said the ship received a ceremonious welcome at the Colombo Port and the passengers would be offered excursions for the majority of the locations and tours covering the city, the south and the central highlands.

The Tourism Ministry said the arrival of the cruise liner gave a boost to the South Asian country’s tourism.

Nine international passenger cruises were expected to arrive in Sri Lanka by March next year, which would revive the country’s pandemic-battered tourism and attract much-needed foreign exchange.

Aarti Khetarpal: Important to be best version of yourself

Medical teams will visit patients at their residence to…