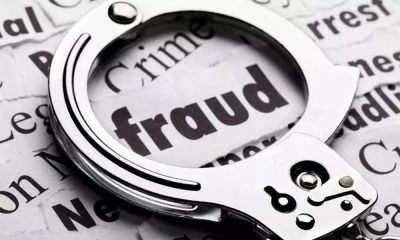 Lucknow, Jan 20 (IANS) A man was defrauded of Rs 10 lakh in the name of investment in a film production deal in Lucknow.

The victim Varum Mishra of Vaishali Enclave in Indira Nagar, has lodged an FIR against owners of the company — Durgesh Pathak and Kavita Pathak — both of Sahara Shopping Centre in the area.

In his complaint, Varun alleged that Pathaks borrowed the money to invest in the production of their film and promised to pay back the money with profit share in three months.

“They did not refund the money and gave me cheques when I insisted for it. But these cheques were from an account which did not exist. The bank account was in the name of Kavita Pathak,” he said.

He further said that he was being threatened for asking for his money.

DCP, north zone, Qasim Abidi said that a case has been registered under charges of criminal breach of trust and cheating.

Woman duped of Rs 1 lakh in name of ‘lucky draw’

People of Bihar didn’t have any expectations from Budget: Tejashwi

Man killed after his Mercedes crashes into tree, catches fire in Noida

Kendall Jenner and Devin Booker call it quits after two…

Amir incident will have negative impact on team: Inzamam