Jennifer Coolidge Recalls Laughing ‘Really Hard’ After Reading Shotgun Wedding’s Script: “Like Death Was Around The Corner Every Two Seconds…” 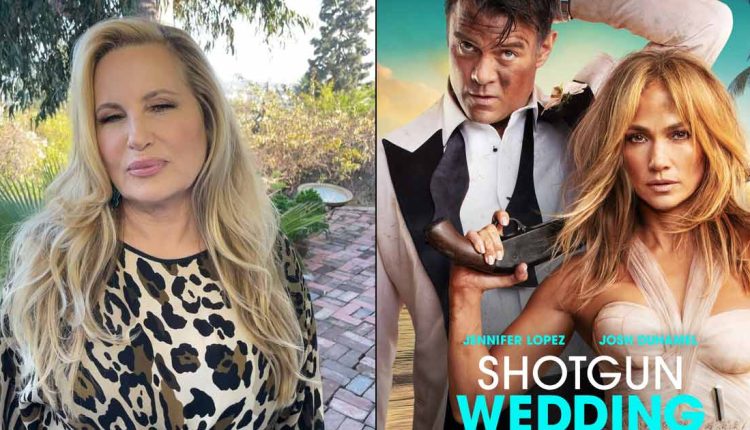 Hollywood star Jennifer Coolidge, who recently won the Golden Globe for Best Supporting Actress in a Limited Series/Anthology or Motion Picture made for her work in ‘The White Lotus’, laughed “really hard” after she read the script of ‘Shotgun Wedding’ because, despite the stakes running at all-time high, the script never brought a dull moment for her.

‘Shotgun Wedding‘ presents a hilarious blend of one-liners, a dream cast, and a story that will leave the viewers clutching onto their stomachs in laughter. Coolidge will be seen portraying the extraordinary role of Carol Fowler in the film.

She said, “I really liked that it was high stakes, incredibly high stakes in the story. It was like one of those scripts where you read and you’re like it’s making me laugh really hard. I just remember reading the dialogue between Darcy and Tom, the two leads, and I just thought it was hilarious, like death was around the corner every two seconds. Yet, they were having this sort of hilarious dialogue.”

Robert Downey Jr Gets Back His ‘Iron Man’ Physique Donning Ribbed Abs After Moving To A Vegan Diet, His Look Will Shock & Inspire You At The Same Time!

The film also stars Coolidge’s namesake, Jennifer Lopez, and also Josh Duhamel. Heaping praise on her co-star, Coolidge said, “Jennifer is beyond being likeable. She’s charming and also very sort of seductive and like, you know, she’s really ripe for this part. I mean, she’s just so mesmerising when we’re filming. The combination of her and the beautiful sex bomb, and then Josh Duhamel, the combo of those two, it’s really something. We all live together in the same place for the whole run of the movie and it is the greatest group of people and they really make it a fun experience.”

‘Shotgun Wedding’ will stream in India on Lionsgate Play from January 27.

For more such stories, stay tuned to Koimoi.com

Must Read: When Mindy Kaling Shocked Co-Star By Forcibly Kissing Him “I Was Just Like ‘Mhmm, Mhmm’” & Said “Tell Anyone & You’re Fired” [ Reports]

The post Jennifer Coolidge Recalls Laughing ‘Really Hard’ After Reading Shotgun Wedding’s Script: “Like Death Was Around The Corner Every Two Seconds…” appeared first on Koimoi.

Charges Filed Against Alec Baldwin For ‘Rust’ Firing Accident, Could Be Jailed For 5 Years

Bad Bunny, Harry Styles, DJ Khaled to bring the house down at Grammys

Kiara arrives in Jaisalmer with Manish Malhotra; Sid to follow in the evening

ILT20: I am used to jumping into tournaments, says Dubai Capitals’ Adam Zampa

Brad Pitt Hints At Taking Retirement From Acting After 30…

‘Unmarried woman’s pregnancy out of consensual…

Myanmar to get special attention from Modi government

Sure Indians will be rooting for New Zealand: McCullum