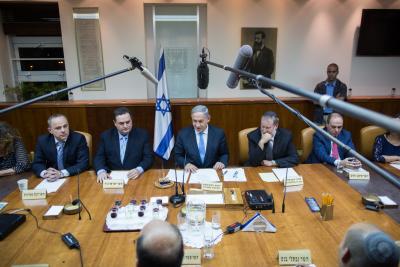 Under the agreement, Noam’s leader and its sole lawmaker Avi Maoz will serve as a Deputy Minister in the Prime Minister’s Office and would be in charge of a new agency called “National Jewish Identity Authority,” the Likud party announced in a statement on Sunday.

Maoz will also be in charge of Nativ, a governmental bureau that maintains contact with Jews in the former Soviet republics and encourages them to immigrate to Israel, Xinhua news agency reported.

Maoz is a strong advocate of Israel’s Jewish identity and supporter of Jewish religious laws such as gender segregation between women and men in public venues, including universities, concerts and public transport.

It is Likud party’s second coalition agreement after Netanyahu was mandated to build a new coalition government in mid-November. Over the weekend, the Likud said in a statement that it had signed a deal with Itamar Ben-Gvir, an extremist politician who is expected to become the National Security Minister in Netanyahu’s government.

Netanyahu, Israel’s longest-serving Prime Minister who was ousted just a year and a half ago and is standing trial on corruption charges, has been in talks with three other far-right parties about joining his coalition government.

In the parliamentary elections on November 1, Netanyahu and his allies won 64 of the 120 seats, after nearly four years of five inconclusive elections.

Under Israeli law, Netanyahu is required to form a coalition government before a mid-December deadline or the President would appoint another lawmaker to form a government.

Lucky to be caught in bidding battle: Dinesh Karthik

In a first, Maoists SMSing for poll boycott