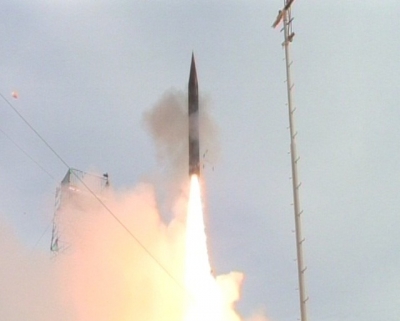 Jerusalem, Dec 1 (IANS) Israel has announced that its navy successfully launched a long-range missile from a warship to intercept a cruise missile in a test.

During the test on Wednesday, the long-range interceptor, mounted on a Sa’ar 6-class corvette warship, detected and intercepted a target that simulated an advanced cruise missile, the defense ministry said in a statement, adding the test was conducted this month, Xinhua news agency reported.

The successful launch of the missile interceptor, which the ministry claimed to be the first of its kind conducted at sea, represents “a significant milestone” in the development of a missile defense system that would play a key role in the protection of Israel’s exclusive economic zones, the military said.

The interceptor system, called Barak, includes advanced radar, a weapon system, and a long-range interceptor. It is designed to deal with a wide range of aerial threats, including fighters, drones, cruise missiles, surface-to-surface missiles and rockets, and anti-ship missiles.

Goal to end AIDS by 2030 ‘badly off track’: UNGA President