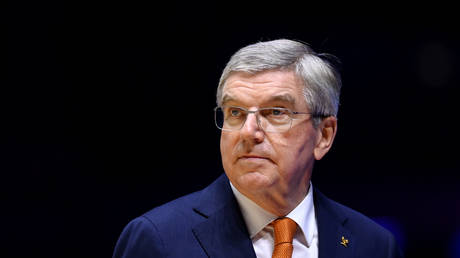 Thomas Bach, president of the International Olympic Committee (IOC), says that “sanctions against Russia and Belarus must remain,” as various global sporting bodies continue to impose restrictions due to the Ukraine conflict.

Bach’s remarks were delivered at the International Federation (IF) forum in Lausanne, Switzerland by IOC vice-president Ng Ser Miang, who stepped in to read Bach’s speech following his recent diagnosis with Covid-19.

However, Bach also warned that sport must not be used as a political tool in international affairs, and has previously stated that Olympic sport requires the participation of all athletes, regardless of any disputes that their governments are involved in.

“The sanction against Russian and Belarusian Governments must, and will, remain firmly in place,” said Miang as he delivered Bach’s speech.

“The recommendation that you, the International Federations (IFs), do not recognize sports competitions in Russia and Belarus, and that no national symbols whatsoever of these countries are displayed at any sports events, must remain.

“Because [we must] sanction the ones that are responsible for starting the war, the Russian and the Belarusian Governments.”

Numerous sporting federations across the world adopted IOC advice delivered earlier this year, shortly after the launch of the Russian military operation, and imposed severe penalties on Russian sport, as well as Belarusian sport.

This prompted Saint Petersburg to be stripped of the 2022 Champions League Final hosting rights, while the Russian national team was effectively barred from qualification for the FIFA World Cup in Qatar.

Similar sanctions have been imposed on other sports such as motorsport, athletics, and tennis.

Bach’s comments, though, strike a contrast to those delivered at the Association of National Olympic Committees General Assembly in Seoul, South Korea last month.

“We will not paint everybody with the same brush because of the actions of their Government,” he said at the time, before adding that the sanctions recommended initially by the IOC should remain in place.

Bach’s stance also comes amid renewed calls for Russian athletes and teams to be permitted to return to international competition.

But Bach – himself a former Olympic gold medalist in fencing – added that the IOC must remain united in upholding its values.

“You all know, first hand, how difficult it is to square this circle with the protective measures that we had to take,” he warned.

“This is why we have to continue to explore ways of how we can overcome our dilemma with these protective measures for the athletes. We can only do so in a credible way if we, the Olympic Movement, stay united ourselves.”

Unnao case: FIR against 8 Twitter handles on charges of…

My character different from Juhi’s in…