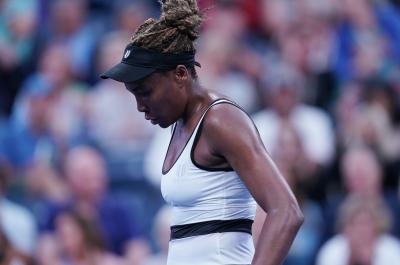 Melbourne, Jan 7 (IANS) Seven-time Grand Slam singles champion Venus Williams of the United States on Saturday decided to pull out of the Australian Open, only hours after world No.1 men’s singles player Carlos Alcaraz of Spain announced his withdrawal.

The official account of the Australian Open said in a social media post that Williams has withdrawn from the Grand Slam due to an injury sustained at the ASB Classic in New Zealand. The wildcard for Williams will be awarded to Kim Birrell, a 24-year-old Australian currently ranked No. 173 in the women’s singles rankings.

The Australian Open 2023 was supposed to mark Venus Williams’ 22nd trip to Melbourne Park, 25 years after she debutted at the tournament in 1998.

Earlier, world No. 1 Alcaraz confirmed that he had to miss this year’s Australian Open due to a right leg injury that he picked up “through a chance, unnatural movement in training.”

“It’s tough, but I have to be optimistic, recover and look forward. See you in the 2024 Australian Open,” said the top seed.

With only a few days to go before the Australian Open kicks off, multiple players have reported injuries, raising doubts about their appearance in the year’s first Grand Slam and adding uncertainties to their performance at the beginning of a new tennis season, reports Xinhua.

After being smashed by the U.S. player Jessica Pegula 6-2, 6-2 in the United Cup semifinals, world No.1 Iga Swiatek of Poland on Saturday withdrew from Adelaide International, troubled by a right shoulder injury.

On Friday, when facing off Slovakia qualifier Viktoria Kuzmova at the ASB Classic, the 2021 US Open champion Emma Raducanu retired from their match at the start of the third set. The British emerging tennis star was seen leaving the court in tears.

“So to be stopped by a freak injury, rolling an ankle is pretty disappointing, in the first week as well,” Raducanu told media, adding that it remains unknown if she’ll be able to play at the Australian Open.

World No. 22 Nick Kyrgios also withdrew from the United Cup and Adelaide International, two warm-up events before the Australian Open, as the 27-year-old Australian had to recover from an ankle injury.

World No 17 and former U.S. Open champion Marin Cilic too withdrew from the Tata Open Maharashtra with a knee injury.

“Very sorry, I couldn’t come out again today to compete. Today, during the warm-up. I injured my knee and unfortunately it didn’t get better until I was about to go out on the court,” Cilic, the 2014 U.S. Open winner, informed through the ATP 250 event’s organisers.

ILT20: Joe Root and Uthappa will know how to manoeuvre the team in difficult situations, says Phil Simmons

SA20 is going to be an important moment for South African cricket, says Jos Buttler

Vishwak Sen: I was able to bring in older audiences to…

Punjabi Film ‘Fuffad Ji’ Is All Set To Entertain Us From…

Voting percentage in Delhi improves marginally, goes up to…