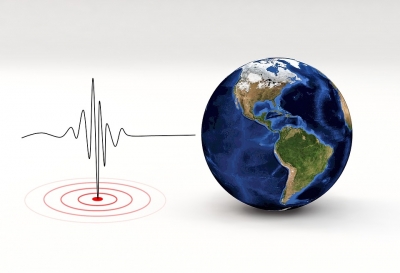 Jakarta, Nov 27 (IANS) The Indonesian government plans to rebuild hundreds of houses in a new safer ground for the victims of the quake striking the country’s West Java province, the chief of the country’s disaster agency said on Sunday.

Head of the National Disaster Management and Mitigation Agency Suharyanto told a press conference that the construction of new houses would start next week on a two-hectare land, carried out by the ministry of public works and public housing, Xinhua news agency reported.

The relocation would prioritise the victims whose houses were seriously destroyed by the tremors and located in areas prohibited by the country’s meteorology, climatology and geophysics agency from rebuilding, said Suharyanto.

A total of 200 units of houses would be rebuilt in the new location, Herman Suherman, head of Cianjur district administration told the press conference.

For the houses that have been severely damaged but are still eligible to be rebuilt in their original location, Suharyanto said that the government would provide financial assistance of up to 50 million rupiahs ($3,186) for reconstruction.

As of Sunday, the death toll of the quake hitting West Java on Monday rose to 321 and 11 others were missing with 73,874 people displaced. The quake also destroyed 62,628 houses, Suharyanto said.

FIFA World Cup: Valverde to add spark as most eyes on Ronaldo in Uruguay vs Portugal

Azerbaijan offers its hospitals for treating survivors of Turkey-Syria quake

AAP twin rallies to test support base in Delhi

Get under her skin via this app!

Wearing masks for longer time can even hamper cognitive…