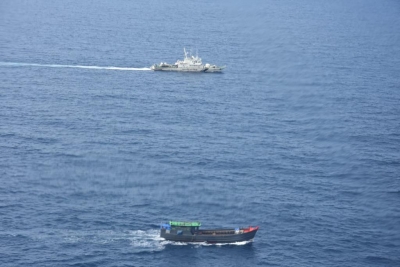 New Delhi, Dec 6 (IANS) China held a meeting last week with 19 countries from the Indian Ocean region minus India, which brought lots of criticism and suspicion about Beijing’s intentions in the region.

Many observers opined that any meeting on Indian Ocean region excluding India would be both illogical and inconsequential and reveal Beijing’s strategic designs.

India is a country with a 7,516.6 Km of coastal area and exclusive economic zone spreading deep in to the Indian Ocean. The region serves as immediate backyard for it from the angle of security as well.

However, India was not invited. Two other important countries in the Indian Ocean region, Australia and Maldives, also did not attend the meeting.

CIDCA is headed by Luo Zhaohui, the former Vice Foreign Minister and Ambassador to India. According to the official website of the organization, he is the Secretary of the CPC (the ruling Communist Party of China) Leadership Group of CIDCA. However, the exclusion of India in this CIDCA forum is seen more as Beijing’s game plan for creating strategic leverage rather than promoting development of the countries in the region and peace in the Indian Ocean.

The event was quietly held along with many other events including the 6th China-South Asia expo, and the China-Indian Ocean region think-tank forum in a hybrid format under the theme of “Shared Development: Theory and Practice from the Perspective of the Blue Economy” in Kunming, showcasing China’s continuing quest for a larger presence and role in the strategically important Indian Ocean.

By now it is absolutely clear that Beijing, in its bid to become a global power, is vying for political influence and strategic leverage in the strategic Indian Ocean Region.

Undoubtedly Beijing has done substantial investment in ports and infrastructure investments in several countries of the region, including Pakistan and Sri Lanka. Beijing has been relentlessly trying to ramp up political, economic and security inroads in the region despite being geographically far from the Indian Ocean. But all these investments have not only failed to bring economic development, but also led to financial instability and created unsustainable debt burdens.

Although the purported goal of the forum was cooperation for development, but the underlying agenda seemed countering India’s strong influence in the Indian Ocean region where India-backed organisations like the Indian Ocean Rim Association, (IORA), which has a membership of 23 countries have taken strong roots.

China is a dialogue partner along with Russia, the US and several European countries in the IORA formed in 1997. Quite unlike India-led initiative, Chinese forum deliberately excluded India and other big countries which have deep engagement with the countries of the region only because China considers them as rivals which could counter its strategic designs in the region.

China was already critical of Quad and now as an effort to draw a parallel to similar initiative of Quad,China proposed at CIDCA meeting establishment of a marine disaster prevention and mitigation cooperation mechanism between China and countries in the Indian Ocean region. Besides, Beijing also showed willingness to provide necessary financial, material, and technical support to countries in need.

It is an irony that during his tour of Sri Lanka in January this year. Chinese Foreign Minister Wang Yi proposed to establish a “forum on the development of Indian Ocean Island Countries.” But the country is a typical case of Chinese debt trap and China’s indifference during the collapse of the economy. This has created disbelief in other countries of the region regarding economic cooperation with Beijing. In fact Bangladesh is on record to have denied to be part of the BRI in an explicit manner for the fear of public outrage.

Contrary to it, India enjoys a higher level of credibility and a long trade and cultural association with the IOR countries. It has undertaken initiatives which are based on the principle of inclusion and equality. Besides the IORA, Prime Minister Narendra Modi proposed an initiative called “Security and Growth for All in the Region” (SAGAR) in 2015 for active cooperation among the littoral countries of the IOR. Similarly, the Indian Navy-backed ‘Indian Ocean Naval Symposium’ (IONS) seeks to increase maritime cooperation among navies of the region.

Experts believe that the Chinese forum is an attempt to counter India’s traditional presence in the region. Some of them also expressed apprehension regarding politicization of the Indian Ocean region.China’s initiation of a new forum for IOR countries instead of actively participating in the India led forums indicates its strategic game plan for countering India’s strong influence in the region.

China with a prominent role in global supply chains has genuine reasons to tap the vast resource base of the Indian Ocean, and ensure safe passage through strategic sea lines of the IOR. This is why the Indian Ocean littoral has gained prominence in the Chinese policy framework. It is also necessary for implementation of its Belt and Road Initiative. But excluding countries like India, Australia and the US breeds suspicion because these countries have win-win engagements with the countries of the region since long.

China has created stakes with investments in ports and other infrastructure in the region spanning, from Myanmar, Sri Lanka and Pakistan in the west to Kenya, Tanzania and Mozambique in the east, and the many islands dotting the vast ocean mid-between. In East Africa, Beijing has also launched its first foreign military base in Djibouti. China has also investments in at least 17 ports, giving it a robust presence in the western Indian Ocean.

India has real concerns in the Indian Ocean due to certain developments in the region initiated by China. The increase in the presence of the People’s Liberation Army Navy (PLAN) in the IOR has kept pace with China’s growing investments and influence. China’s upcoming base in Cambodia will enable the PLAN to maintain a greater presence in the eastern Indian Ocean, including India’s near-seas — the Bay of Bengal and the adjoining Andaman Sea. China has consistently deployed survey or research vessels capable of bathymetric studies — mapping the depth of the ocean floors, studying the ocean environment and collecting hydrological data.

The data collected by these research vessels in the Indian Ocean can be used to operate submarines in the region and detect enemy undersea platforms deployed in these waters. The strategic analysts suggest that China’s new Indian Ocean forum and India’s exclusion from it must be looked at in this context.