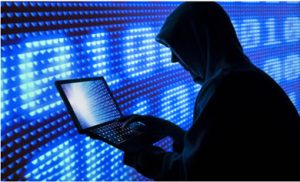 NEW YORK, NY – Prosecutors in Manhattan have charged an Indian, named Vinoth Ponmaran from Blaine, Washington. The man helped run a scheme that defrauded thousands of people into buying computer anti-virus protection that was unnecessary .

The man was arrested and was ordered to be held in custody after a brief hearing in Seattle.

The scheme duped people as victims would see pop-up windows sometimes containing logos of well-known companies saying that a malware has been detected. The victims were also directed to a phone number offering technical support. The victims then paid hundreds or thousands of dollars for the anti-virus while the fraudsters just ran anti-virus tools that were available online for free.

More than 7500 people in the US and Canada were defrauded out of more than $10 million between 2015 and 2018. Ponmaran redirected some of the fraud proceeds to India too.

He is also known as Victor James and is charged with wire fraud and conspiracy to commit wire fraud carrying a maximum 20 year prison term.

On this day in 2018, Fakhar Zaman smashed highest individual…