Indian American killed in US state of Georgia, family injured 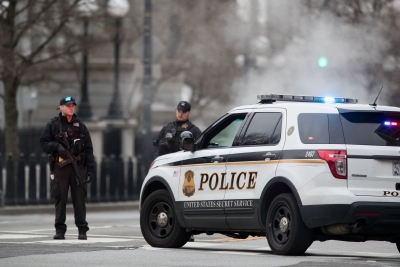 Washington, Jan 25 (IANS) Police in the US state of Georgia are investigating the fatal shooting of a 52-year-old Indian American man in the driveway of his home last Friday.

The victim, Pinal Patel, was pronounced dead at the hospital. His wife and daughter, who were also shot in the incident, were said to be in stable condition.

The police have issued a picture of the getaway car used by the killers – three masked men – and a driver. There is no word yet on their motivation and they had apparently not taken anything from the family.

An Indian American was fatally shot last week in Chicago in another incident. There is not link between the two and there is no evidence yet that Indian Americans are being targeted.

Responding to a call about a shooting, officers of the Bibb County found Patel, his wife, and their child wounded in the driveway.

The police said Patel and his family had just returned home from work when they were “confronted by three masked individuals with guns. Mr. Patel confronted the three and while doing so, shots were fired at the family. The three masked individuals then ran to a dark in color vehicle waiting across the street occupied by a fourth person. The individuals then fled the scene. No items were reported to have been taken from the family”.

AP Dhillon is ‘Insane’ about the game of basketball

Lawyer held in Goa for committing theft in court

US set for more military buildup near China

‘Captaincy in all three formats creating problems for…