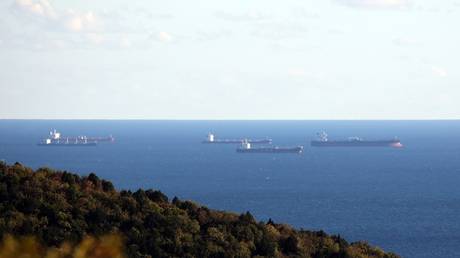 India has bought about 40% of all seaborne Russian Urals grade oil capacity in November, Reuters reported on Monday citing its calculations based on Refinitiv figures and data from traders.

According to the figures, this made New Delhi the largest buyer of Urals oil this month.

India has been boosting imports of Russian oil for several months. In October, Russia overtook Saudi Arabia and Iraq to become the South Asian country’s largest oil supplier with a 22% share in India’s total crude imports, according to data from the energy cargo tracker Vortexa.

Prior to this year, European countries used to be the largest buyers of Russia’s Urals grade oil. Those exports dropped amid Western sanctions on Moscow, with European countries accounting for less than 25% of the shipments this month. Nearly all of them went to refineries in which Russian energy firms have a stake.

Traders expect the volume of Urals exports to the EU to drop further in December when a proposed price cap on Russian oil comes into force.

Overall, 7.5 million tons of Urals grade oil left Russian ports this month, apart from Kazakhstan’s transit volumes. Roughly 15% of those exports went to Turkey, which remained the biggest buyer of Urals oil in the Mediterranean. Several shipments were also on their way to Egypt, data showed, where they are likely to be reloaded onto other tankers for delivery to Asia.