In just 14 days, ‘Avatar: The Way of Water’ crosses $1 billion in ticket sales 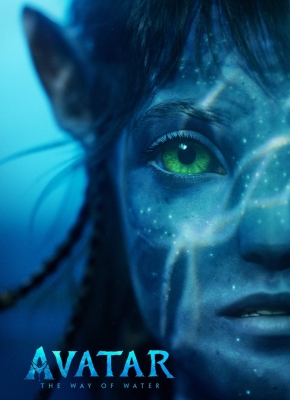 Only three films released in 2022 managed to surpass the billion-dollar mark. Apart from ‘The Way of Water’, the other two are Tom Cruise-starrer ‘Top Gun: Maverick’ (which took 31 days to clear the benchmark) and the Chris Pratt-led ‘Jurassic World Dominion’ (which took more than four months to join the club).

By comparison, according to ‘Variety’, nine movies released in 2019 surpassed $1 billion worldwide. ‘The Way of Water’ is the fastest to hit the mark since 2021’s ‘Spider-Man: No Way Home’, which took 12 days. Only six movies in history have cleared $1 billion in their first two weeks of release.

James Cameron’s long-delayed sequel to the 2009 ‘Avatar’ — which remains the top grosser of all time with box office pickings totalling $2.97 billion worldwide — has so far generated $317.1 million in North America and $712.7 million overseas, bringing its global tally to $1.025 billion.

It has surpassed ‘Jurassic World Dominion’ as the second highest-grossing movie of the year, and it’s the third highest of the pandemic era, adds ‘Variety’.

‘The Way of Water’ is expected to struggle to near the heights scaled by the original ‘Avatar’ because the global box office hasn’t fully rebounded from the pandemic, according to ‘Variety’. Moreover, China, a major theatrical market, is experiencing a resurgence of the coronavirus and Russia, another big territory, won’t have access to the film as a result of Western sanctions.

Awareness programme on prevention of sexual harassment in Jammu college

If it’s same pitch, red ball may be easier to play:…

5 Indian Celebs Who Own Super Expensive Bikes Which Cost…