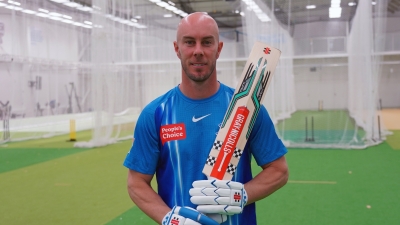 Dubai, Jan 7 (IANS) Tom Banton, the wicket-keeper batter — who burst onto the England domestic scene in 2017 — can’t wait to join his teammates in the Adani Sportsline owned Gulf Giants franchise.

With the ILT20 seeing some big names in the mix, Banton is raring to go and hopes to make more than a splash in the tournament.

“It’s really exciting. It’s been talked about now for the last few years and I am happy to be a part of this mega league, which is going to get very competitive with every player giving his best. Our first game is on the 15th and I am set to go,” Banton said.

The swashbuckling batter has plenty of experience under his belt in franchise cricket, having plied his trade in England, Abu Dhabi and Pakistan, and will hope to light up the evenings in the UAE in his own inimitable style.

Gulf Giants squad also has in the ranks some of the most exciting T20 talents such as Australia’s Chris Lynn, West Indies’ Shimron Hetmyer, England’s James Vince and Chris Jordan. The likes of David Wiese, Dominic Drakes also feature in the squad, with the Zimbabwean legend Andy Flower as the coach.

Talking about his colleagues, Banton said, “Andy is one of the best coaches in the world. I worked him during T10 and he has so much to offer to Adani’s Gulf Giants. I have learnt a lot from him. He simplifies everything for you. I feel so privileged to be part of the Giants, where you have so many experienced players.”

“Luckily for me, I have played with most of my Gulf Giants teammate. There are a lot of English players in the team and I am really excited to play with Shimron Hetmyer. The fact that I know most of the players makes it so easy for all of us to be in sync at the same time and hopefully we can go all the way and lift the trophy.”

Reflecting on his previous outings in the UAE, the English batter said, “I have spent a lot of time here so I am well aware of the conditions and the weather. The wickets are bit different as compared to what we have back in England. I will definitely pass on my knowledge of playing here to the youngsters in the team and hopefully that will help them and all of us to put on a good show in the Gulf Giants’ jersey.”

Banton also touched upon the camaraderie he shares with the explosive Chris Lynn. The duo were part of the Brisbane Heat team, where they took opposition bowlers to task. “Chris is one of the best players in this format of the game and to open with him would be an honour. I am excited about the partnership and hope we can get our team to a flying start every time we are at the crease,” Banton signed off.

India to play warm-up matches against Australia, Bangladesh ahead of U19 Women’s T20 World Cup

Ex-NBA star on mission to Russia

Yami Gautam on her intimate wedding with Aditya Dhar: High…

ATM set on fire in Haryana

What’s the roadmap for lifting lockdown?