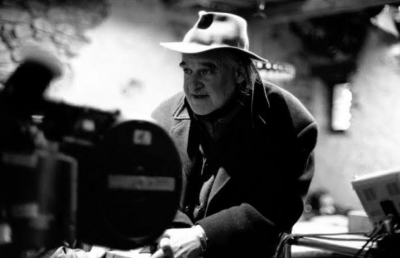 Thiruvananthapuram, Nov 29 (IANS) The life time achievement award of the 27th edition of the prestigious International Film Festival of Kerala will be given to the hugely popular Hungarian film director Bela Tarr.

IFFK returns with a bang after the Covid pandemic and the event will be held here from December 9 to 16.

State Minister for Culture and Films V.N.Vasavan said this here on Tuesday and the life time achievement award carries a cash prize of Rs one million.

Tarr began his directorial career with a brief period of what he refers to as “social cinema”, aimed at telling everyday stories about ordinary people, often in the style of cinema verite.

The IFFK this time will see 184 films from 70 countries being screened at various movie halls in the state capital city.

The eight-day fest conducts the screening of films in the categories: International Competition, Malayalam Cinema Today, Indian Cinema Now, World Cinema, Country Focus, Retrospectives of major filmmakers, Contemporary Focus, Homages and various curated packages. Coupled with film screenings, platforms like Open Forum and workshops are also organised for the delegates to interact with film fraternities from all over the world. The annual Aravindan Memorial Lecture is a major event in the Festival.

At this edition of the IFFK, Serbia will be the Country in Focus and six Serbian films are slated to be screened in this category including Milos Pusic’s ‘Working Class Heroes’ which premiered at the Berlin International Film Festival this year.

IFFK is hosted by the Kerala State Chalachitra Academy on behalf of the Department of Cultural Affairs, Government of Kerala. Over the years, the IFFK has become a delight for film buffs who come from far and wide.

We aim to speed up J-K’s development without…