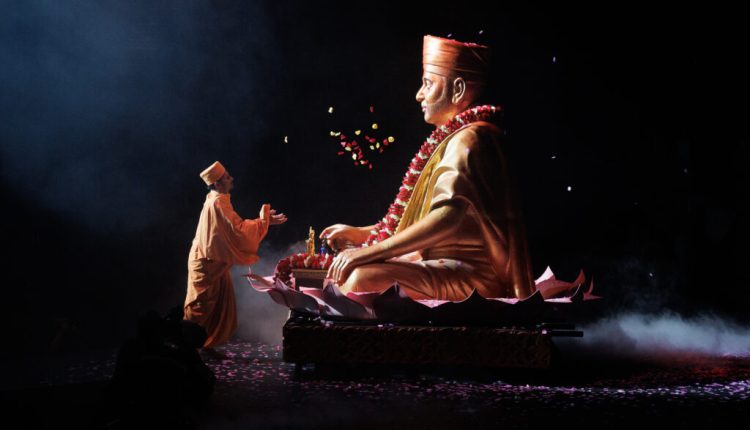 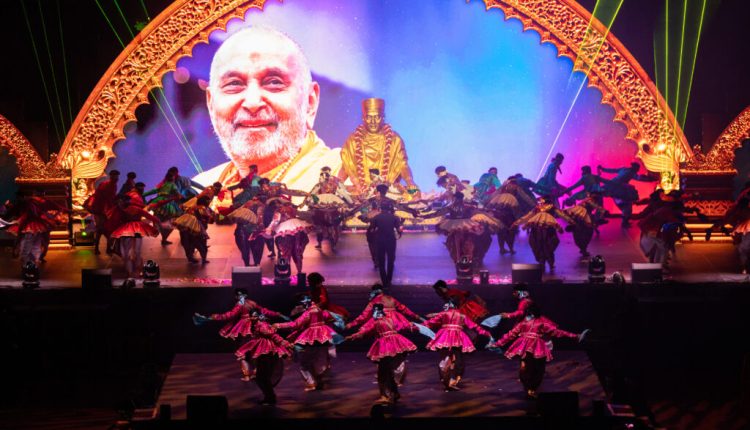 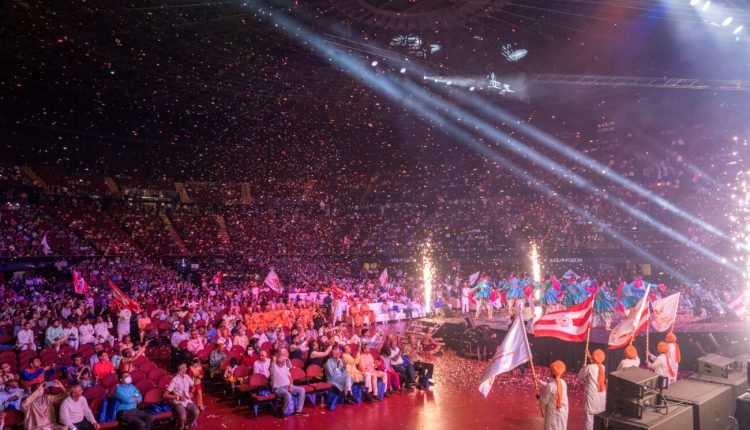 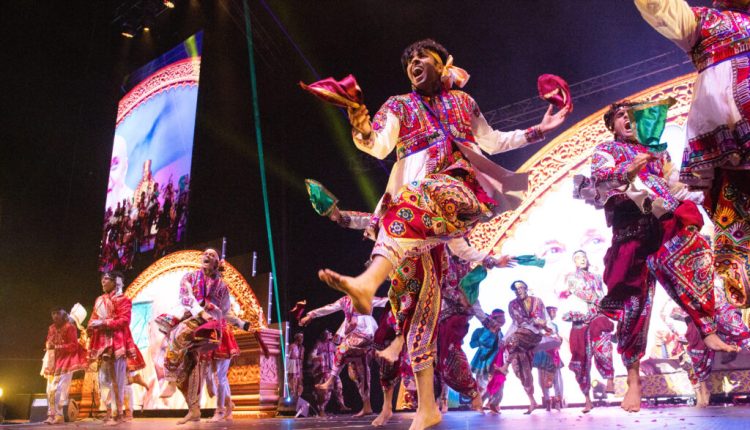 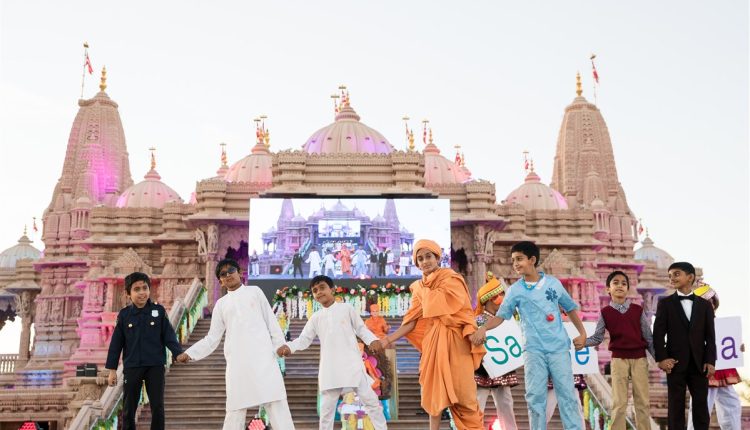 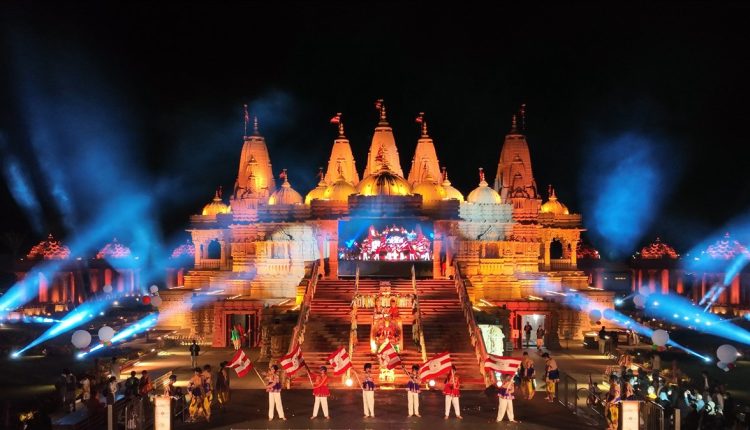 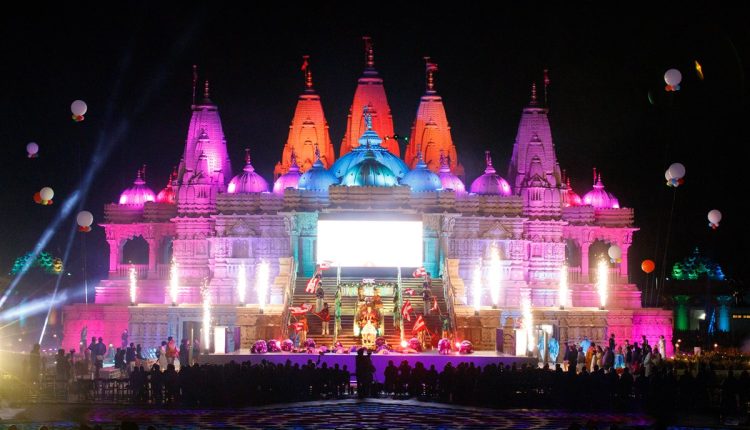 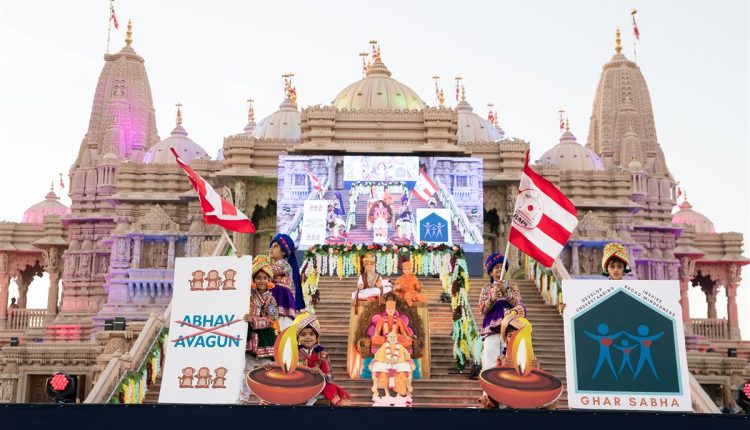 HI INDIA NEWS DESK
INGLEWOOD, CA- Hundreds of thousands of people from across the globe came together to celebrate the 100th birth anniversary of Pramukh Swami Maharaj, teh fifth spiritual guru, and leader of BAPS, and the 10th anniversary of Sothern California’s largest Hindu temple, the BAPS Shri Swaminarayan Hindu Mandir in Chino Hills, CA. on Sept. 4th.

10,000 Indian Americans and well-wishers gathered at the historic KIA Forum here for a celebration coordinated by over 500 BAPS volunteers.

The program titled ‘Pratapar: The guiding light’, dove deep into the life and work of Pramukh Swami Maharaj. Divided into three key components, the program shed light on his undonditional love for individuals, his love for humankind as a whole, and love for God.

To start off the celebration, leaders of over, 24 Hindu organizations across Southern California lit diyas to perform the traditional ‘Deep Pragatya’ offering prayers on behalf of the assembly. Through various dramatic skits, emotional monologs, energetic dances, and informative speeches by learned swamis, the audience learned about how Pramukh Swami Maharaj’s love became a guiding light for millions around the world.

Indian actor and BAPS devotee, Dililpbhai Joshi participated int he program by delivering a powerful monolog about the impact of the spiritual leader on his life. Youth volunteers also performed a musical skit depicting the story of Prahalad from the Hindu scriptures. The skit showed the parallels of the faith that Prahald had in god with the faith that Pramukh Swami Maharaj had n o matter the situation.
In addition, interpretive artists performed a creative dance showing a story about a flock of bluebirds at ta fountain and what happens when a news bird of a different color joins them. A story exemplifying Pramukh Swami Maharaj’s emphasis on equality and inclusion of all. Yogananddas Swami, a learned swami from BAPS, spoke about how Pramukh Swami Maharaj revived the tradition of temple as a center of the community and how that gift has transformed generations of families.

Abortions on decline in Russia – minister

EU country draws the line at fighter jets to Ukraine

Report on global pension system not based on ‘reliable…