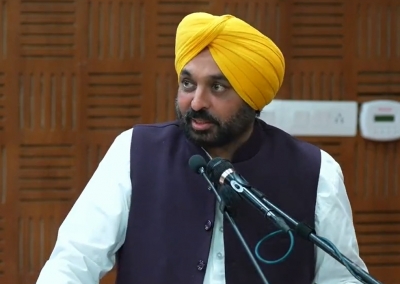 Chandigarh, Jan 14 (IANS) Asserting that there is no dearth of funds for the welfare of the people, Punjab Chief Minister Bhagwant Mann on Saturday announced complete transformation of education, health and employments.

The Chief Minister, who conducted a surprise visit at a health centre near Mohali, said the government is committed at rejuvenating these sectors to benefit the people. He said major thrust is being laid on these sectors to ensure that more and more people can take benefit from it.

Mann said no stone will be left unturned for this noble cause as these sectors are directly connected with the welfare of the people.

The Chief Minister said the purpose of these surprise inspections is not fault finding but to ensure well being of the people. He said rather the clear motive of such initiatives is to check the arrangements at micro level for imparting quality health services to people.

Mann said none of the previous governments had laid due focus towards these sectors due to which state has lagged behind in them.

The Chief Minister announced complete face-lift of the Kurali health centre and said the people will be delivered quality health services here.

He said this centre will be equipped with ultra modern equipments so that people do not face any sort of inconvenience.

Have come to seek blessings of Lord Devnarayan, his devotees: PM

Twitter asks users to protect its ad dollars in iOS 14.5…

Sex education should begin as early as age 10: Research

Priyanka made Kashibai ‘so deliciously real’:…