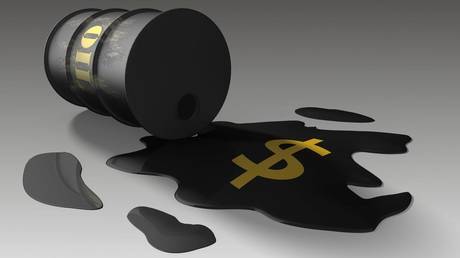 The G7 intends to impose two price caps on Russian petroleum products in February that will target refined products trading at a premium to oil and those which are being sold at a discount, Reuters reported on Tuesday, citing an unnamed G7 official.

Additional restrictions would come on top of the previously agreed upon price ceiling on oil products, such as diesel, kerosene and fuel oil, which is due to come into force on February 5.

Late last year, the EU, G7 countries, and Australia introduced a price cap on Russian seaborne oil exports, which bans Western companies from providing insurance and other services to vessels transporting Russian oil unless the cargo is purchased at or below the set price.

Imposing a price ceiling on refined products is more complicated than capping crude alone, the official told Reuters, explaining that the price of oil products “often depends on where they are bought, rather than where they are produced.”

Meanwhile, India may also join the Russian oil price cap if crude costs go above $60 per barrel, The Telegraph reported on Tuesday, citing the country’s oil ministry and industry officials.

Oil supplies to India, which remained Russia’s top importer for three months in a row as of December, have not been affected by Western sanctions, as the country is buying crude at a discount with prices standing between $53 to $56 per barrel, the outlet said, quoting sources familiar with the matter.

Russia supplied a record 1.17 million barrels a day to New Delhi in December, up from November volumes by 24%, according to oil-flow tracking data from energy intelligence company Vortexa.

Indian authorities, however, are “weighing options” to slash oil imports from Russia if the EU imposes additional restrictions for nations buying crude from the sanctioned country or if the price crosses the set limit of $60 per barrel, according to the outlet.

The Weeknd’s Song “Take My Breath” Pulled Down From Theatres…

In the Abode of the Clouds

Hina Khan & Shaheer Sheikh To Reunite For A Project Post…

When Big B competed with Ranveer Singh( Movie Snippets)