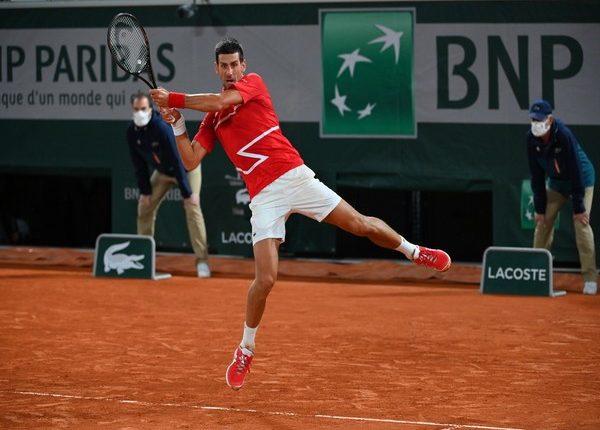 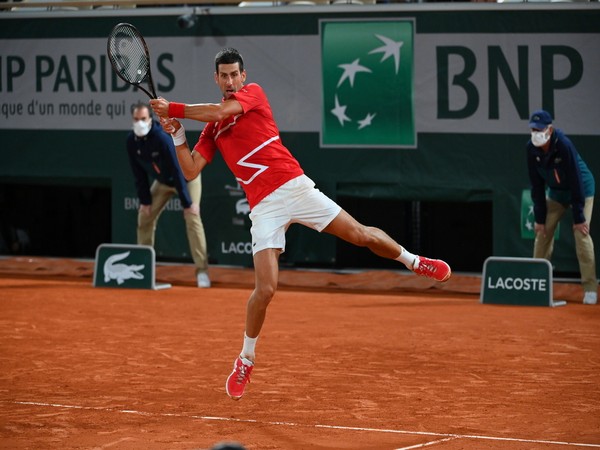 Paris [France], October 10 (ANI): Novak Djokovic will be locking horns with Rafael Nadal in the final of the French Open as the Serbian emerged triumphant in the semi-final clash against Stefanos Tsitsipas.
Djokovic defeated Tsitsipas 6-3, 6-2, 5-7, 4-6, 6-1 on Friday (local time).
If Djokovic wins the French Open, then he will become the first man in half a century to win all four Grand Slams twice.
In the match against Tsitsipas, Djokovic won the first two sets comprehensively, but the fifth-seed Tsitsipas staged a comeback and won the third and fourth set, sending the match into the fifth and final set.
In the final set, Djokovic staged a remarkable comeback to win 6-1 and set up a final showdown with Nadal on Sunday, October 11.
Earlier on Friday, twelve-time French Open champion Rafael Nadal reached his 13th Roland Garros final as he defeated Argentina’s Diego Schwartzman 6-3, 6-3, 7-6.
With this win, Nadal also registered his 99th win at the Roland Garros. The Spaniard made his debut at the French Open in 2005 and he is now just one victory away from equalling Roger Federer’s all-time record of 20 Grand Slam titles. (ANI)

Antibodies from patients infected with SARS-CoV in 2003 cross-neutralised SARS-CoV-2 in vitro: Study

IPL 13: Sharjah wicket was slow, anything around 170 would’ve been competitive, says Harshal

Andrew Garfield & Alyssa Miller Break Up Because Of…

At least 31 killed in four explosions across Afghanistan