Former ‘Superman’ Henry Cavill Beats Chis Hemsworth, BTS’ V & Many Others To Grab The Top Spot In The Most Handsome Man Of 2022 List- Check It Out Here! 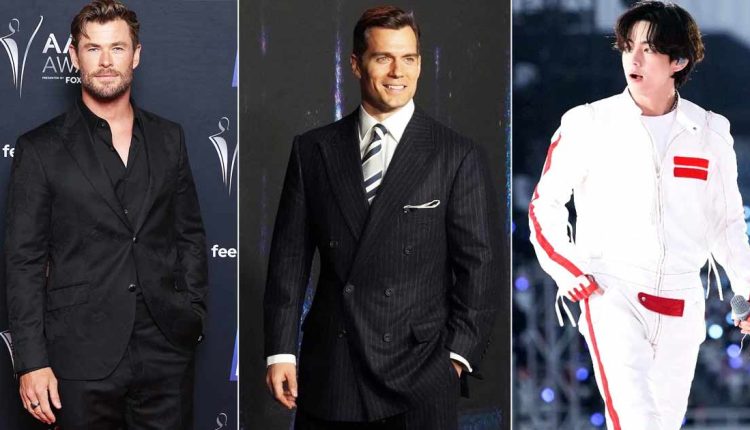 The year is coming to an end and it’s time to look at the best of the year gone by. While you may have come across features like celebs who got married or divorced, actors who became parents, and more, today we bring a list of the ‘The Most Handsome Faces of 2022’ and it includes names like Henry Cavill, Chris Hemsworth, Timothee Chalamet, BTS’ V and more.

Want to know who all made the list and in what position? Well, scroll down for all the details.

A list of ‘The Most Handsome Faces of 2022’ was released by TC Candler on their Youtube handle a while ago and it features a number of celebs from across the globe – some who surprised us and others that were obvious choices. But do you know who topped the list? Well, it’s none other than Henry Cavill.

James Cameron Reveals Cutting Avatar 2’s 10 Minutes Of Too Much Violence, Slams His Own ‘Terminator’ Films: “Don’t Know If I Would Want To Make That Film Now”

Pete Davidson & Emily Ratajkowski Break Up In A Month After The Latter Dumped Brad Pitt For Him?

You read that right. Superman and The Witcher fame Henry Cavill has left behind several handsome men to get the top spot on ‘The Most Handsome Faces of 2022″ list. Reportedly, this is Cavill’s 10th time on the list and there’s no doubt that he is one of the hottest and most handsome men in the world. Following the now-former DC superhero on the list is Stray Kids’ rapper, dancer and singer Hwang Hyungjin aka Hyunjin. This is his 3rd year on TC Candler’s list.

Coming in 3rd, 4th and 5th on the list are Timothee Chalamet, Chris Hemsworth and Keung To – a singer-actor from the Hong Kong Boy band Mirror. Coming in at No.6 on the list is Emily In Paris and Coronation Street actor Lucien Laviscount, followed by BTS’s Kim Taehyung aka V at No. 7. Interestingly, this is the 7th time V has featured on TC Candler’s list.

Talking up the other 3 spots of the Top 10 are 20-year-old content creator and TikTok personality Vinnie Hacker, Nishimura Riki aka Ni-Ki –the youngest person in the boy band Enhypen and Dean Schneider – the founder of the animal sanctuary and a social media personality based in South Africa at the 8th, 9th and 10th position respectively.

Do you agree with this ‘The Most Handsome Faces of 2022’ list? Let us know in the comments who you think deserves the No. 1 spot.

The post Former ‘Superman’ Henry Cavill Beats Chis Hemsworth, BTS’ V & Many Others To Grab The Top Spot In The Most Handsome Man Of 2022 List- Check It Out Here! appeared first on Koimoi.

Wish I was part of ‘Baahubali’: Amitabh

AAP to start campaign for full statehood to Delhi