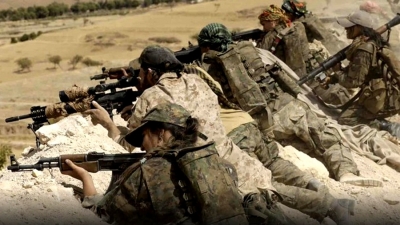 Los Angeles, Nov 30 (IANS) Spy thriller and family drama ‘No Man’s Land’ has been renewed for a second season and principal photography has commenced in Morocco.

Rotem Shamir, winner of the Israeli Academy of Television Director’s Award, and whose credits include ‘Fauda’ and ‘Hostages’, is directing the second season, reports Variety.

Season 2 is set amidst the ongoing Syrian civil war and follows a female freedom fighter group and the portrayal of radicalised westerners who join ISIS. It is commissioned by Arte and Hulu, and produced by Haut et Court TV, Masha, and Spiro Films in co-production with Fremantle.

Created by Masha’s Maria Feldman and Spiro’s Eitan Mansuri, ‘No Man’s Land’ is written by Amit Cohen and Ron Leshem, and co-produced by Fremantle, who will distribute internationally.

The first season of ‘No Man’s Land’ was received warmly by viewers across 114 territories.

Feldman said: “With the first season, we were able to bring audiences a gritty war thriller unlike any other and were delighted by the cultural conversation generated by these characters and their stories. Now I am excited to tell more stories about these vibrant, bold characters played by these powerful, amazing talents, where we have the chance to develop the story and show audiences what is next for the protagonists.”

Christian Vesper, president of global drama, Fremantle, said: “It gives me unbelievable pleasure to say that we’ll be joining forces with the exceptionally talented teams at Haut et Court TV, Masha, and Spiro Films, bringing this extraordinary series to life for season two to be enjoyed by fans across the world.”

Olivier Wotling, head of drama at Arte France, added: “We are very proud to continue our involvement with ‘No Man’s Land,’ uniting once again a team of extremely talented storytellers, producers and performers, to bring us back into the lives of its compelling characters as they reveal the experiences and realities of a global conflict at a human level.”

Kanye to pay Kim $200K every month in child support

Oscars 2023 will include all 23 categories presented live on air