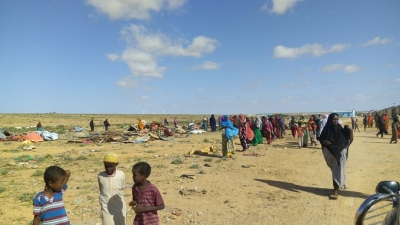 Mogadishu, Dec 9 (IANS) The Food and Agriculture Organisation (FAO) of the UN has said that it has scaled up emergency cash transfers to respond to the drought emergency in the most drought-affected rural areas of Somalia.

Etienne Peterschmitt, FAO Representative in Somalia, however said on Thursday that the UN food agency’s famine prevention plan is currently only 26 per cent funded.

“Famine prevention must begin in rural areas, at the centre of the crisis where food-producing communities are hardest hit by drought,” Peterschmitt added in a statement issued in Mogadishu, the capital of Somalia.

According to the FAO, nearly 6.7 million Somalis are no longer able to make ends meet, including more than 300,000 people who are already facing famine conditions, Xinhua news agency reported.

It said about half of those most affected by the drought are in rural communities, and many are in areas that are difficult to reach with traditional humanitarian assistance due to insecurity.

The FAO has collaborated with some donors in supporting thousands of vulnerable families with emergency cash transfers, targeted at some of the hardest hit and most difficult-to-access areas of southern Somalia.

“We need to rethink how and when we reach the most vulnerable with assistance and provide dignified support that protects people’s livelihoods, it will save lives,” Peterschmitt said.

FAO said cash transfers can be a better option than other forms of assistance using a secure mobile money system, with verification and accountability mechanisms.

Mshelia said that the system is designed in a way that makes it easy for the participants to directly receive support even if humanitarians can’t always reach them.

He added that the organisation is also rolling out Remote Voice Verification in its various cash transfer projects to further simplify verification and accountability mechanisms for participants.

Convention on the Law of the Sea more relevant than ever: UN chief