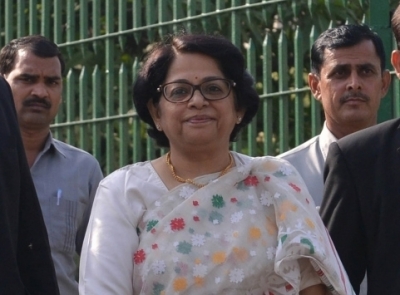 She garnered widespread attention when she batted for religious bodies to be able to decide their customs themselves in the Sabarimala case in 2018.

As a member of the Supreme Court’s five-judge Constitution bench, Malhotra differed from the other judges who stood with allowing women’s entry in the temple.

According to custom, women in the age group of 10 to 50 are banned from entering the temple.

However, the apex court bench lifted the ban, which was strongly opposed by many devotees who chased away several women who reached the temple.

Malhotra refused to comment on the case, saying that the purpose of her visit was to pray.

I play with language and language plays with me: Jerry Pinto

Bad Bunny, Harry Styles, DJ Khaled to bring the house down at Grammys

Tiger Shroff Is Inspiring His Fans To Stay Fit, Shares A…

Amaal Mallik teams up with father, brother for song