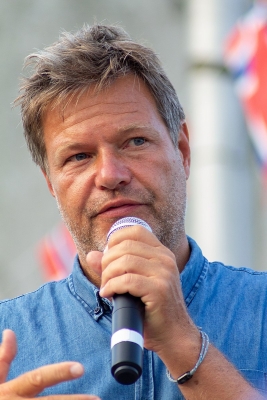 Berlin, Nov 30 (IANS) The industrial landscape in Germany and the European Union (EU) is undergoing a “historic transformation”, Minister for Economic Affairs and Climate Action Robert Habeck said at an industry conference.

Industrial companies in Europe are facing multiple “mammoth tasks”. These include the digital transformation, the consequences of the Covid-19 pandemic, the Russia-Ukraine conflict, and the changing geopolitical environment as well as demographic change, the minister was quoted as saying by Xinhua.

The ongoing pandemic is still causing supply chain disruptions and material shortages worldwide. If the German industry had been able to process all orders, gross domestic product (GDP) in Europe’s largest economy would have been 1.2 per cent higher in 2021 and even 1.5 per cent higher after the first six months of this year, according to a study published on Monday by the Macroeconomic Policy Institute (IMK).

Ecological transformation is another vital element of the current changes, according to Habeck. “We want to achieve the European and national climate targets with the help of an efficient and competitive industry,” Habeck stressed.

While the EU aims to become climate neutral by 2050, Germany is seeking to reach this target five years earlier, in 2045.

“There is an urgent need to make the path to climate neutrality resilient and couple it with a growth strategy,” Siegfried Russwurm, president of the Federation of German Industries (BDI), said at Tuesday’s conference.

Last year, businesses in Germany made climate protection-related investments worth 55 billion euros ($57 billion), according to a recent survey by the state-owned promotional bank KfW. In the coming years, however, companies have to more than double their current investments to meet the country’s climate targets.

The private sector has made a “good start, but more needs to happen”, KfW chief economist Fritzi Koehler-Geib said in a statement. The current energy crisis is an incentive to switch to renewable energy due to high prices. Extreme uncertainties, however, are an obstacle to investment plans.

After peaking in October, inflation in Germany slipped back to 10 per cent in November, according to preliminary figures published by the Federal Statistical Office (Destatis). Energy prices were still up 38 percent year-on-year and continued to have a “substantial impact on the inflation rate”. (1 euro = $1.04)

Monsoon set to revive in north India from August 19: IMD

Knee Pain , common causes- Everything You Need To Know | DR…