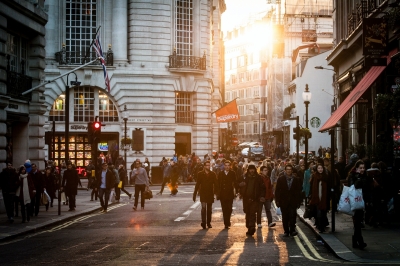 The number of people in England and Wales identifying their ethnic group as white has fallen by around 500,000 over a decade, the Office for National Statistics (ONS) said, Daily Mail reported.

Some 81.7 per cent of residents in England and Wales described themselves as white on the day of the 2021 census, down from 86 per cent a decade earlier.

The second most common ethnic group was ‘Asian, Asian British or Asian Welsh’ at 9.3 per cent, up from 7.5 per cent in 2011, Daily Mail reported.

The ONS also revealed that two-thirds of Londoners now identify as being from an ethnic minority – from a group that is not ‘White British’ but which includes white people from other nationalities.

And for the first time since the census began almost 200 years ago, fewer than half the population said they were Christian. More than a third now say they have no religion at all, Daily Mail reported.

But the ONS also revealed that while the ethnic make-up of England and Wales is changing, more than 90 per cent said they feel British.

The census takes place across the UK every 10 years and provides the most accurate estimate of all the people and households in the country.

More data will be published in stages over the next two years, Daily Mail reported.

“However, the picture varies depending on where you live. London remains the most ethnically diverse region of England, where just under two-thirds identify with an ethnic minority group, whereas under one in ten identify this way in the North East.”

Arms recovered in Assam’s Kokrajhar ahead of PM…