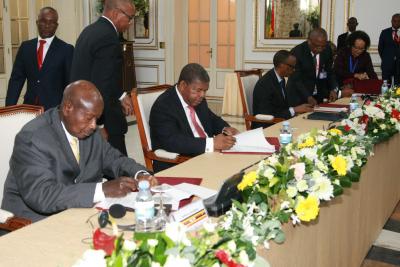 Members of the Eastern Africa Parliamentary Alliance for Food Security and Nutrition (EAPA) made the call at the opening of their three-day meeting, which officially opened on Thursday in the Rwandan capital of Kigali.

Lawmakers from nine countries are discussing the role of legislators in greater investments in family farming for better food and nutrition resilience in eastern Africa, Xinhua news agency reported.

Lawmakers can play a critical role in creating the necessary changes to ensure food security on the African continent, said Abdi Ali Hassan, Chairperson of the EAPA.

All lawmakers should use their powers to empower citizens to realise food security and overcome poor nutrition by allocating resources through relevant ministries of agriculture and other agricultural service providers, he added.

“Challenges related to agriculture, food security, and nutrition have no borders; no country has a monopoly of knowledge or solutions to address them alone. Therefore, working together allows us to learn from each other and share experiences,” Donatille Mukabalisa, Speaker of the Rwandan Parliament, said during the opening ceremony.

Parliamentary networks and forums should be able to play the role of think-tanks, catalysers, and mobilisers in different areas of national or global interests, she added.

Jean-Leonard Touadi, an official from the Food and Agriculture Organisation of the United Nations (FAO), said with current global economic shocks, the role of different players is needed to address the causes of food insecurity because it affects the welfare and national development.

“We need to come up with innovations starting from parliament’s legislation,” he said, adding that the FAO believes the role of parliaments is pivotal during agriculture budget allocations.

The lawmakers will assess the implementation of commitments made by African governments to allocate 10 per cent of the national budget to agriculture.

Last month, the World Food Programme (WFP) said in its latest drought response situation report that nearly 22 million people are food insecure due to drought across Kenya, Ethiopia, and Somalia.

Advancing to last 16 in 1st World Cup would be huge success:…

Showcasing the Impact of Faith and Music in Greater St.…

Supply Shortage: Delhiites may not get liquor of their…

Taken note of DDC polls and resumption of 4G internet…

EXCLUSIVE: ‘Prabhas & I have not discussed Salaar 2,…