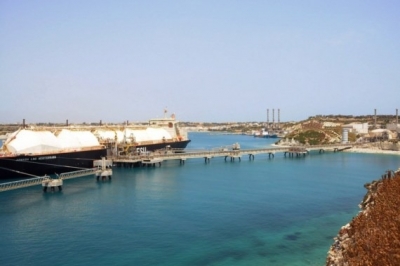 The Hague, Dec 9 (IANS) Consumers and industries in the Netherlands scaled back their use of natural gas substantially between July and October, while the country’s gas imports went up 15 per cent, Statistics Netherlands (CBS) said.

The country consumed 7.3 billion cubic metre of natural gas, 17 per cent less than in the same period last year. Gas consumption was down a hefty 30 per cent compared with the last five years, Xinhua news agency reported.

More gas was imported over the period, with liquefied natural gas (LNG) imports almost doubling. Fifty-two per cent of LNG was imported by ship from the US and Russia supplied 16 per cent.

The decrease in natural gas consumption is partly due to the high natural gas prices. As a result, large industrial companies in particular, such as those active in the petroleum and chemical sector, consumed 26 per cent less natural gas than in the same period last year.

The high prices for gas and other forms of energy, such as electricity and district heating, are driving up inflation in the country.

The CBS on Thursday reported that inflation stood at 9.9 per cent in November, against 14.3 per cent in October. The sharp fall was mainly due to the drop in the energy prices.

In November, energy was 70 per cent more expensive than in the same month of 2021. In October, the year-on-year increase was 173 per cent.

Food was 15.7 per cent more expensive in November, mainly due to the higher prices of bread and cereals, meat and dairy products.

Party has been good to all, time to repay debt: Sonia Gandhi…

Amber Heard Is Really Not A Part Of Aquaman 2? Actress…