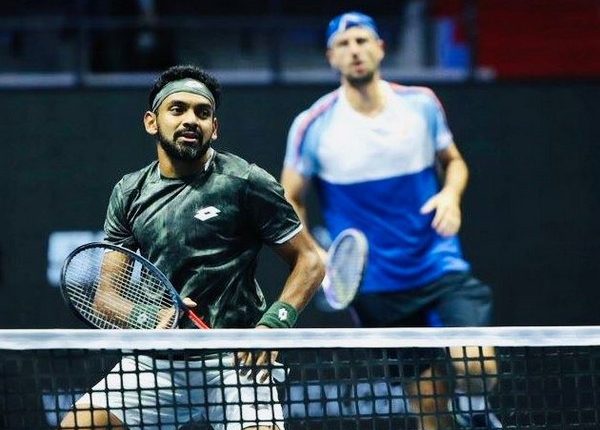 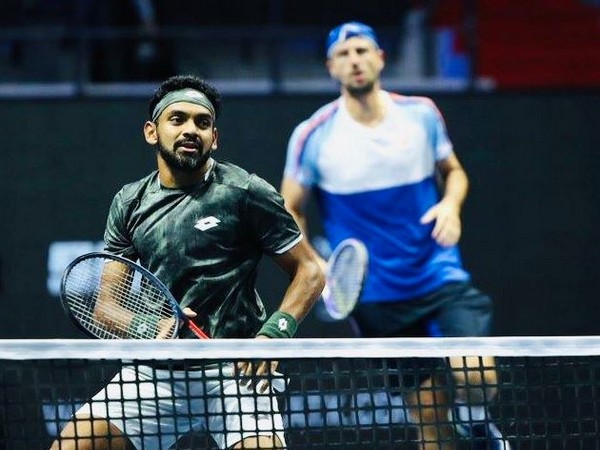 Nur Sultan [Kazakhstan], October 29 (ANI): Indian doubles players Divij Sharan and Rohan Bopanna faltered in the doubles event going down with their partners at the ATP 250 Astana Open being played at the National Tennis Centre at Nur-Sultan.
In a quarterfinal match Australian Open Runners up Max Purcell and Luke Saville boosted their hopes of qualifying for the Nitto ATP Finals pulling off a 6-3,7-5 win over Divij Sharan and his British partner Luke Bambridge. Sharan and Bambridge had a set point in the second set leading 5-4, but could not utilise it.
Sharan and Bambridge made 45 ATP points and USD 3230 for their quarterfinal effort.
In a first-round doubles match, Rohan Bopanna alongside his Danish partner Frederick Nielsen went down to Marcelo Arevalo of Uruguay and Tomislav Brkic of Bosnia Herzegovina. The pair of Arevalo and Brkic won 6-7(5), 7-6(3), 10-5 in a close match. Bopanna and his partner made USD 2650 and no points.
Emil Ruusuvuori of Finland made it to his first quarterfinal knocking out eighth seed Australian Jordan Thompson 6-2, 3-6, 6-4. Adrian Mannarino of France and Mackenzie Mc Donald of the USA also made it to the last eight of the singles in the inaugural event here. (ANI)

Tesla crash: Indian-American to be held in jail without bail