Convention on the Law of the Sea more relevant than ever: UN chief 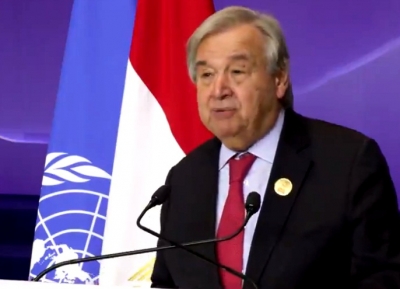 United Nations, Dec 9 (IANS) As the ocean is “in dire straits,” the landmark UN Convention on the Law of the Sea adopted 40 years ago is more relevant than ever, UN Secretary-General Antonio Guterres said.

He made the remarks on Thursday while addressing a UN General Assembly meeting commemorating the 40th anniversary of the adoption and opening for signature of the UN Convention on the Law of the Sea.

Four decades ago, the world took a vital step to bring governance and order to oceans and seas, Guterres said, adding that the convention’s near-universal acceptance reflects its “fundamental importance” and its legal framework and related instruments to countries around the world.

“As we gather today, the convention is more relevant than ever. The ocean is in dire straits,” the UN chief warned.

Nearly 35 per cent of the world’s fisheries are overexploited, he said, also citing the rising of sea levels, acidifying of the ocean, bleaching and dying of coral reefs, as well as “epic floods” threatening coastal cities and small island developing states.

Greater ambition is needed for the ocean and the people counting on it, and the convention’s 40th anniversary should be “an important reminder to continue using this critical instrument to tackle today’s challenges,” Guterres added.

New model predicts which patients with kidney disease may…