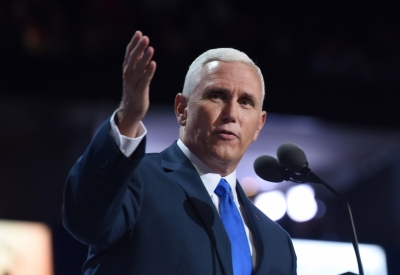 The documents, discovered by a lawyer last week at Pence’s Indiana home, have been handed over to the FBI, the BBC reported. However, the former Vice President’s representatives have said that the FBI collected the documents, bypassing ‘standard procedures’ and requesting ‘direct possession’ of them.

Representatives for Pence have also sent a letter to the National Archives alerting them to the documents.

Under the Presidential Records Act, White House records are supposed to go to the National Archives once an administration ends. Regulations require such files to be stored securely.

A “small number of documents bearing classified markings” were “inadvertently boxed and transported” to Pence’s home at the end of Trump’s presidency, his lawyer wrote in a letter shared with US media.

The latest development emerged after Pence sought legal help from specialists in handling classified documents “out of an abundance of caution”.

He asked for help “after it became public that documents with classified markings were found in President Joe Biden’s Wilmington residence”, the letter read.

Lawyers found “a small number of documents that could potentially contain sensitive or classified information”, which were locked by the former Vice President in a safe.

An aide to Pence told CBS News that the documents were stored in boxes in an insecure area of Pence’s home. The aide said they were taped shut.

According to US media, the documents are believed to have first been taken to Pence’s home in Virginia before later being sent to Indiana.

Amidst the latest development, Trump, who is facing a criminal investigation for allegedly mishandling papers, came to Pence’s defence and took to his ‘Truth Social’ social media platform to say that Pence is “an innocent man”.

“He never did anything knowingly dishonest in his life,” Trump wrote. “Leave him alone!!!”

US to test nuclear engine for future Mars missions

US, India have ‘very strong’ potential to work…

Number of missing in Bahamas drops to 1,300