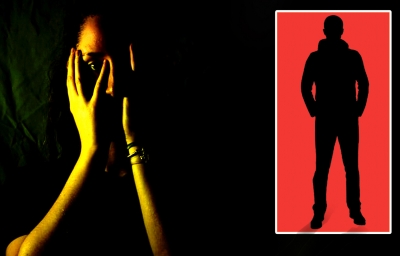 The 16-year-old girl, who was alone in her house on Friday night, was found hanging on Saturday morning.

Her relatives alleged that three youth barged into the house, sexually assaulted and murdered her and after killing her, hanged the body to make it look like a suicide.

The villagers staged the protest demanding justice for the victim. They attacked the house of one of the youth suspected to be involved in the crime and set afire the car and a bike.

The police shifted the body of the victim to a government-run hospital for autopsy. A police officer said they registered a case and were investigating from all angles.

The victim’s parents had gone out for some work and she was alone when the incident occurred. According to her relatives, she spoke to her father over phone late Friday night but when they returned home in the morning, she was found dead.

A family member of the victim said that she had complained about harassment by one of the suspects in the past.

Local MLA Lakshma Reddy visited the village and promised that stringent action will be taken to prevent recurrence of such incidents. He also assured financial assistance for the family.

US demands action after Valieva cleared in doping case