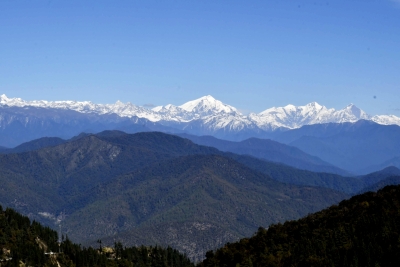 New Delhi, Dec 6 (IANS) Chinas renewed interest in Arunachal Pradesh has evoked some sharp criticism from New Delhi in the recent past. China has time and again asserted its claim on around 90,000 sq.km of the Indian state as its own territory, while repeatedly referring to the region as South Tibet.

Historically, the Chinese Republic has long disputed the validity of the McMahon Line that differentiated British India from Tibet, as per the Simla Convention that was agreed upon by Britain, China and Tibet in 1914.

The McMahon Line is named after the chief negotiator during the Simla Convention, Henry McMahon and the line is drawn from eastern Bhutan to the Isu Razi pass on the China-Myanmar border.

The Chinese have contested and claimed territory towards the south of the McMahon Line in Arunachal Pradesh.

China as part of its strategy has issued statements registering its protest over important dignitary visits to Arunachal Pradesh.

As part of its malicious attempt, the Beijing government has also begun renaming parts of Arunachal Pradesh in accordance with regulations on names issued by the Chinese State Council.

China’s Ministry of Civil Affairs declared in December 2021 that it was “standardising” ames of 15 places in Arunachal Pradesh.

However, the tactics is not a recent affair. Back in 2017, China had renamed other important locations as per their “standardization” process which were done in lieu of the Dalai Lama’s visit to the state of Arunachal Pradesh as well as a way to protest against the arrival of the Tibetan spiritual leader in the region.

The Chinese representatives had lodged a similar protest with their Indian counterparts as well at the time. The recent renaming included the renaming of eight residential areas, four mountains, two rivers and one river pass.

The renewed interest of China in the region comes at a time when Beijing-New Delhi ties have been at an all-time low due to border skirmishes in the past couple of years.

The erstwhile renaming was also completed at the time of tense border relations between the neighbouring countries in 2017.

China’s propaganda establishments have also racked up a similar narrative by referring to Arunachal Pradesh as part of Southern Tibet. This too, comes at a time when China is in search of strong leverages against India, with whom it shares tense relations due to its unprovoked actions at the adjoining borders.

China now for years has attempted to delegitimise the 1914 agreement and had acted with malicious attempts when it forcefully captured the Tibetan region. Therefore, at par with similar strategies, the Chinese official position has always been to never recognize the Tibetan exile government in India.

Moreover, in an attempt of gaining legitimacy the succession of the Dalai Lama has also played an important role in China’s assertion over the disputed region. However, in any case, there can be no denying that the border agreement of March 1914 was signed by officials between British India and the Prime Minister of Tibet thereby fortifying the agreement.

Both countries, throughout the years, have also inked multiple high-level border agreements including the Border Peace and Tranquillity Agreement (BPTA) signed in 1993 which stated that both countries would strictly respect and observe the Line of Actual Control (LAC).

Furthermore, agreements to diffuse tensions and avoid stand-offs had also been signed in 2013 after the Daulat Beg Oldi Standoff in 2013. However, even after such agreements, the tensions between both countries have remained high due to multiple skirmishes and border clashes including the Chumar Standoff in 2014, Burtse in 2015, Doklam in 2017 and the Galwan skirmish in 2020. China’s strategy has since remained to delegitimise India’s authority over Arunachal Pradesh by illegally renaming sites that it sees as important.

Experts believe that China seeks to use the Arunachal issue for an eventual trade-off for other adjoining border areas with India. This also explains China’s attempt to assert its control over important border positions through which it can eventually claim to negotiate with India with a favourable hand. However, the prospects of the same seem dim as the Indian government on various occasions has rejected any and every claim by China made upon Arunachal Pradesh.

On the contrary, the Indian government has rather strengthened its assertion by developing major infrastructural projects in the state and has called for the establishment of international businesses for investment purposes in the region as a whole.

Therefore, in a similar context, it is perhaps of utmost importance that hostile Chinese tactics such as renaming territorial regions as well as capturing territories from neighbouring nations, be quelled at the earliest.

Chinese attempts at ‘Sinicization’ of not only the Tibetan region but also of Arunachal Pradesh are also part of their long-term strategy, an aspect that can be used to destabilize the region as a whole.

Thus, China’s renewed interest in the sensitive region requires a far more serious approach and needs to be addressed soon through a mitigated response.

Duleep Trophy to be day-night matches, played with pink ball