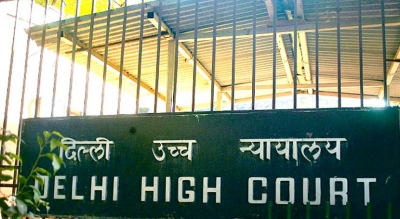 New Delhi, Nov 28 (IANS) It is learnt that the Centre has asked the Supreme Court collegium to reconsider its recommendation to elevate senior advocate Saurabh Kripal, who is openly gay, as a Delhi High Court judge.

The recommendation of Saurabh Kripal, who’s the son of former Chief Justice of India B.N. Kirpal, as a Delhi High Court judge has been mired with controversy for the past four years.

According to sources, Centre’s main objection is his partner, who is a Swiss national. Kripal is one of the 10 recommendations that the Law Ministry has returned to the collegium, which is headed by Chief Justice of India, D.Y. Chandrachud. The collegium also includes two senior most judges after Chandrachud.

According to a source, the Centre has also returned nine names, which were reiterated earlier — two from the Calcutta High Court, two from the Kerala High Court and five from Allahabad High Court. It is learnt that these files were sent to the collegium last week.

A source familiar with the development said that a report by the Intelligence Bureau (IB) states that Saurabh’s partner could become a security risk.

According to the Memorandum of Procedure (MoP), if the Supreme Court collegium reiterates its decision, the government is bound to notify the names.

On Monday, a Supreme Court bench headed by justice Sanjay Kishan Kaul warned against judicial intervention if the government does not act upon the names that were cleared by the collegium. The apex court clarified that once the recommendation has been reiterated, the names have to be cleared.

The apex court questioned Centre’s counsel, whether its recommendations were withheld since the law passed by Centre on setting up the National Judicial Appointment Commision could not pass the muster.

On November 11, the Supreme Court expressed its strong discontent over delay in appointment of judges, saying “needless to say that unless the bench is adorned by competent lawyers the very concept of rule of law and justice suffers”.

‘Ya Rab’ had tough time with Censor Board:…