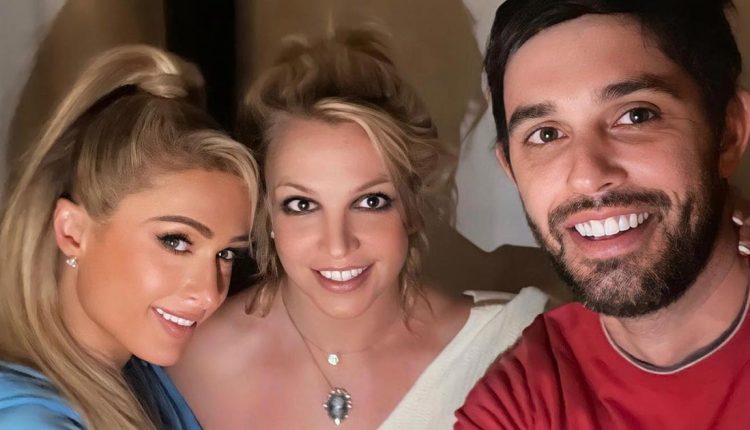 A couple of days back, Paris Hilton took social media by storm after she posted a few photos from a recent party she attended. But what caught netizens’ attention was one of the selfies that featured Britney Spears in it. On Saturday, she attended her talent agent Cade Hudon’s birthday which was also attended by Drew Barrymore, Tiffany Haddish, Emma Roberts, and Hilton’s sister Nicky.

Soon after the photos surfaced on the web, netizens pointed out the photo and claimed that Spears was photoshopped her photos. Now both the stars have reacted to the same.

Recently, Britney Spears took to her social media account and denied attending any party. Taking to Insta, she posted a hot video of herself while revealing that she hasn’t been to any party and hasn’t clicked for photos that have surfaced on the web. In the caption box, Spears wrote, “Sorry about my post yesterday with no music !!! That was horrible … oh well !!! Here’s me going through my closet realizing outfits I have never worn !!! I am a practical shopper but I was really surprised going through my closest and what I found!!! Also have no idea about these pics of me from a birthday party … I haven’t been to a bday party in forever !!! And as for the pics, those have to be from years ago !!! Anyways, here’s me modeling RED outfit number 1 !!! That means there are way more to go … 7 is my favorite!!! I will SHARE with you lovely people!!!”

Brad Pitt Reveals His Favourite S*x Scene & It’s Not With Angelina Jolie But With Ex-GF Shalane Mccall: “Was Just Rolling And Frolicking”
‘Wolverine’ Hugh Jackman Finally Breaks Silence On Speculations Of Using Steroids To Get That Jacked Up Physique: “I Just Do It The Old School Way”
View this post on Instagram

However, after receiving massive criticism for allegedly photoshopping Britney Spears, Paris Hilton took to her social media to clear the air. Updating the caption, she wrote, “To all of those asking. Some of these photos were taken on an iPhone so they ended up being blurry. So they used this app called Remini to make it look unblurry. Sometimes the AI distorts images. Didn’t want to even dignify this with a response. But some of these conspiracy theories are absolutely ridiculous.

While Paris Hilton turned off the comments section of the same Insta post, fans have now taken to her another Insta photo and commented about the same. A user asked, “Why are the comments on the post before this turned off?,” while another said, “Britney confirmed she has no idea about the bday pic so what is really happening? Where is Britney.” “Britney just said she was not at that birthday party then you turn off comments!!!” said another user.

Well, what are your thoughts on Britney Spears’ reaction to the Paris Hilton’s questionable photos from the birthday bash? Do let us know.

Must Read: Lovesutra Episode 13: Cameron Diaz Once Opened Up About Primal, Animalistic S*x But As A Man, Here’s What I Think About Acknowledging Having Rough S*x!

The post Britney Spears Denies Attending Any Birthday Party With Paris Hilton While The Latter Still Doesn’t Agree To Photoshopping Her Blaming iPhone For Blurry Photos appeared first on Koimoi.