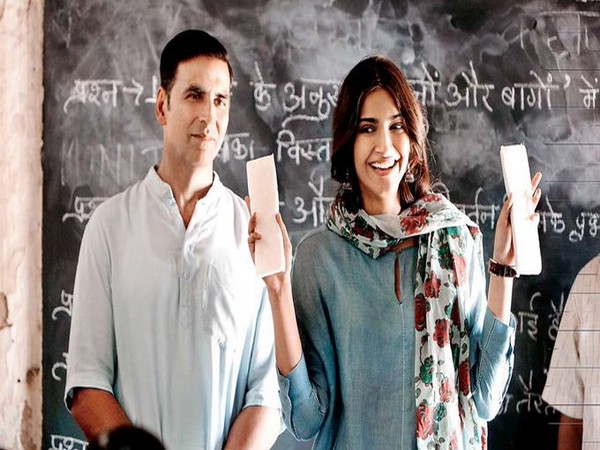 New Delhi [India], May 28 (ANI): On the Menstrual Hygiene Day, actor Akshay Kumar recalled working in the film ‘PadMan’ and said that he is glad that he worked on the taboo subject.
Kumar took to Twitter to post two pictures from the flick as the film clocked 2 years. “It’s been 2 years to #PadMan and I’m glad we managed to push the envelope a little on this taboo subject,” he tweeted.
“This #MenstrualHygieneDay, I hope we move a step closer towards ending period poverty and breaking taboos surrounding menstruation. @sonamakapoor
@radhika_apte,” his tweet further read.
The film deals with the issue of menstruation and sanitary hygiene. In the R Balki-directorial, Akshay stepped into the shoes of national hero Arunachalam Muruganantham; the inventor of low-cost sanitary napkins for women in rural areas.
Produced by Twinkle Khanna’s Mrs Funnybones Productions, ‘PadMan’ also stars Radhika Apte and Sonam Kapoor in lead roles. (ANI)

US, UK, Canada, Australia hit out at China over security law for Hong Kong

Decision of postponing National Games taken without any discussion with us: IOA…

NHRC issues notice to Bihar, Gujarat govt, Railways over death of migrants due to…

Malaika Arora shares ‘every morning retro,’ soaks up in sun

Over 10,000 vacancies in various govt departments to be…