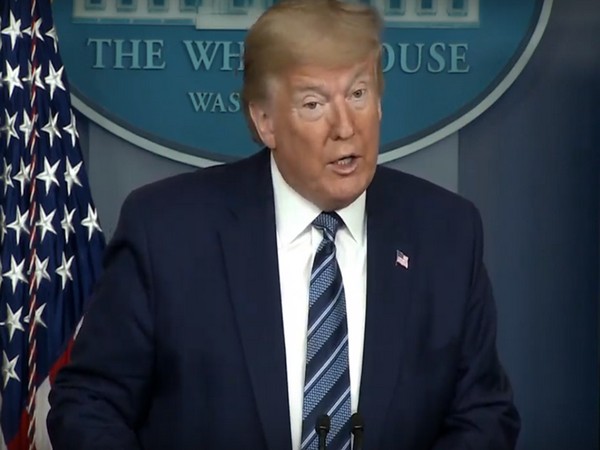 Washington D.C. [USA], May 21 (ANI): US President Donald Trump has said he may seek to revive a face-to-face meeting of G7 leaders near Washington, following the previous cancellation of the in-person gathering of world leaders owing to the coronavirus pandemic.
“I am considering rescheduling the G7, on the same or similar date, in Washington, DC, at the legendary Camp David,” Trump tweeted on Wednesday.
“The other members are also beginning their COMEBACK. It would be a great sign to all – normalization!” he added.
In March, the Republican US president had cancelled the physical summit scheduled for June, shifting the gathering to a video conference as nations grappled with the shutdown of international travel and multiple US closures amid the pandemic.
The G7 leaders had gathered back in April but the discussions were only limited to teleconferencing.
But in a tweet, Trump said holding an in-person summit would be a symbol of the US and other countries seeking to return to normal, something the president has urged should happen quickly despite concerns from public health experts.
Asked about Trump’s suggestion during a news conference in Ottawa on Wednesday, Canadian Prime Minister Justin Trudeau said he would look at any US plans to change the meeting format and what measures would be taken to keep attendees safe, but declined to endorse the idea, Al Jazeera reported.
“There are lots of discussions to come,” Trudeau said.
The United States holds the G7’s rotating presidency this year and gets to determine where the meeting is held and set the agenda. Britain, Canada, France, Germany, Italy and Japan are the other members of the group.
Trump originally planned to hold the annual summit at his private golf course near Miami. But he switched the venue to Camp David, which he visited last weekend and which is run by the US military, after a public outcry over holding it at one of his money-making properties.
All 50 US states have sought to reopen at least partially as of Wednesday, although the nation’s capital and its surrounding suburbs remain largely shuttered. Camp David is located about an hour’s drive north of Washington, DC in Thurmont, Maryland. (ANI)

US interested in working with India post-pandemic to diversify its supply chain: Alice Wells