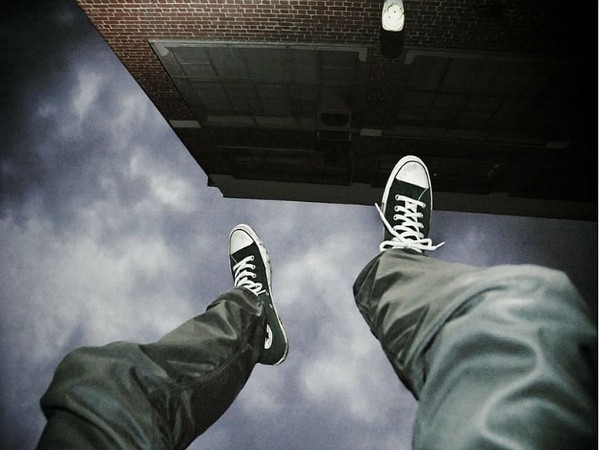 Washington D.C. [USA], May 20 (ANI): Vast majority of young people experiencing suicidal thoughts display only mild or moderate mental distress, instead of more obvious symptoms associated with a diagnosable disorder, according to a new study.
As such, measures to reduce suicide risk in young people should focus on the whole population, not just those who are most distressed, depressed or anxious, said Cambridge University researchers during Mental Health Awareness week. The study recently published in the journal BMJ Open.
They argue that the small increases in stress across the entire population due to the coronavirus lockdown could cause far more young people to be at risk of suicide than can be detected through evidence of psychiatric disorders.
“It appears that self-harm and suicidal thinking among young people dramatically increases well within the normal or non-clinical range of mental distress,” said Professor Peter Jones, senior author of the study from Cambridge’s Department of Psychiatry.
“These findings show that public policy strategies to reduce suicide should support better mental health for all young people, not only those who are most unwell,” said Jones, who is also a consultant for the Cambridgeshire and Peterborough NHS Foundation Trust.
“Even modest improvements in mental health and wellbeing across the entire population may prevent more suicides than targeting only those who are severely depressed or anxious.”
The Cambridge researchers conducted the study with colleagues from University College London. It was supported by the Wellcome Trust and the National Institute for Health Research.
Recent studies suggest a broad range of mental health problems – e.g. depression, anxiety, impulsive behaviour, low self-esteem, and so on – can be taken as a whole to measure levels of “common mental distress” (CMD).
Researchers analysed levels of CMD in two large groups of young people through a series of questionnaires.
They also separately collected self-reported data on suicidal thinking and non-suicidal self-injury: predictive markers for increased risk of suicide – the second most common cause of death among 10-24 year-olds worldwide.
Both groups consisted of young people aged 14-24 from London and Cambridgeshire. The first contained 2,403 participants. The study’s methods – and findings – were then reproduced with a separate group of 1,074 participants.
“Our findings are noteworthy for being replicated in the two independent samples,” said Jones.
CMD scores increase in three significant increments above the population average: mild mental distress, followed by moderate, and finally severe distress and beyond – which often manifests as a diagnosable mental health disorder.
Those with severe mental distress came out highest for risk of suicide. However, the majority of all participants experiencing suicidal thoughts or self-harming – 78% and 76% respectively in the first sample, 66% and 71% in the second-ranked as having either mild or moderate levels of mental distress.
“Our findings help explain why research focusing on high-risk subjects has yet to translate into useful clinical tools for predicting suicide risk,” said Jones. “Self-harm and suicidal thoughts merit a swift response even if they occur without further evidence of a psychiatric disorder.”
The findings point to a seemingly contradictory situation, in which most of the young people who take their own life may, in fact, be from the considerably larger pool of those deemed as low- or no-risk for suicide.
“It is well known that for many physical conditions, such as diabetes and heart disease, small improvements in the risks of the overall population translate into more lives saved, rather than focusing only on those at extremely high risk,” said Jones.
“This is called the ‘prevention paradox’, and we believe our study is the first evidence that mental health could be viewed in the same way. We need both public health and a clinical approach to suicide risk.”
“We are surrounded by technology designed to engage the attention of children and young people, and its effect on wellbeing should be seen by the industry as a priority beyond profit.”
“At a government level, policies affecting the economy, employment, education and housing, to health, culture and sport must all take account of young people; supporting their wellbeing is an investment, not a cost. This is particularly important as the widespread effects of the Covid-19 pandemic unfold.” (ANI)

Parents with degrees give their children significant advantage in maths