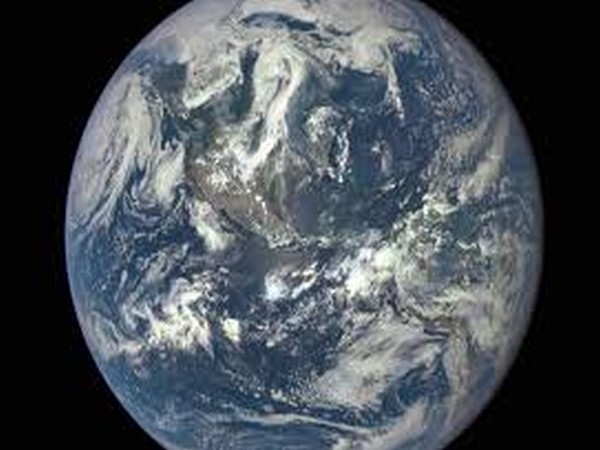 Washington DC [USA], May 19 (ANI): After examining a dozen types of suns and a roster of planet surfaces, Cornell University astronomers have developed a practical model — an environmental colour “decoder” — to tease out climate clues for potentially habitable exoplanets in galaxies far away.
“We looked at how different planetary surfaces in the habitable zones of distant solar systems could affect the climate on exoplanets,” said Jack Madden, PhD ’20, who works in the lab of Lisa Kaltenegger, associate professor of astronomy and director of Cornell’s Carl Sagan Institute.
“Reflected light on the surface of planets plays a significant role not only on the overall climate but also on the detectable spectra of Earth-like planets,” Madden said.
Madden and Kaltenegger are co-authors of ‘How Surfaces Shape the Climate of Habitable Exoplanets,’ released in the monthly notices of the Royal Astronomical Society.
In their research, they combine detail of a planet’s surface colour and the light from its host star to calculate a climate. For instance, a rocky, black basalt planet absorbs light well and would be very hot, but add sand or clouds and the planet cools, and a planet with vegetation and circling a reddish K-star will likely have cool temperatures because of how those surfaces reflect their suns’ light.
“Think about wearing a dark shirt on a hot summer day. You are going to heat up more because the dark shirt is not reflecting light. It has a low albedo (it absorbs light) and it retains heat. If you wear a light colour, such as white, its high albedo reflects the light — and your shirt keeps you cool,” Madden said.
It is the same with stars and planets, Kaltenegger said.
“Depending on the kind of star and the exoplanet’s primary colour — or the reflecting albedo — the planet’s colour can mitigate some of the energy given off by the star,” Kaltenegger said.
“What makes up the surface of an exoplanet, how many clouds surround the planet, and the colour of the sun can change an exoplanet’s climate significantly,” Kaltenegger added.
Madden said that forthcoming instruments like the Earth-bound Extremely Large Telescope will allow scientists to gather data in order to test a catalogue of climate predictions.
“There is an important interaction between the colour of a surface and the light hitting it. The effects we found based on a planet’s surface properties can help in the search for life,” he further said. (ANI)