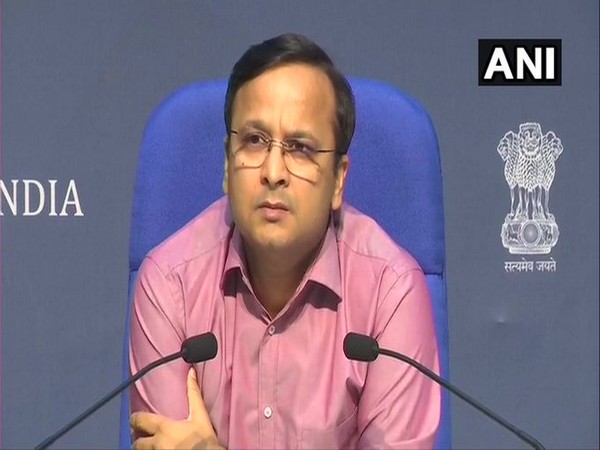 New Delhi [India], April 8 (ANI): The government has ensured that there is no shortage of hydroxychloroquine in the country at present as well as in the future, Union Health Ministry Joint Secretary Lav Aggarwal said here on Wednesday.
“It is ensured that not only today even in future there will not be any lack of HCQ (hydroxychloroquine) as and when needed,” Aggarwal said during his daily press briefing here.
India on Tuesday temporarily licensed the export of paracetamol and anti-malarial drug hydroxychloroquine (HCQ) in appropriate quantities to some countries, which have been badly affected by the coronavirus pandemic.
According to the Indian Council of Medical Research (ICMR), hydroxychloroquine is recommended only to those asymptomatic healthcare workers involved in the care of suspected or confirmed cases of COVID-19 and asymptomatic household contacts of laboratory-confirmed cases.
Aggarwal said that 5,194 positive confirmed cases have been reported and 402 people have been discharged so far.
“Over the last 24 hours, 773 positive cases have been reported. A total of 149 deaths have been reported. As many as 32 people died yesterday,” he said. (ANI)