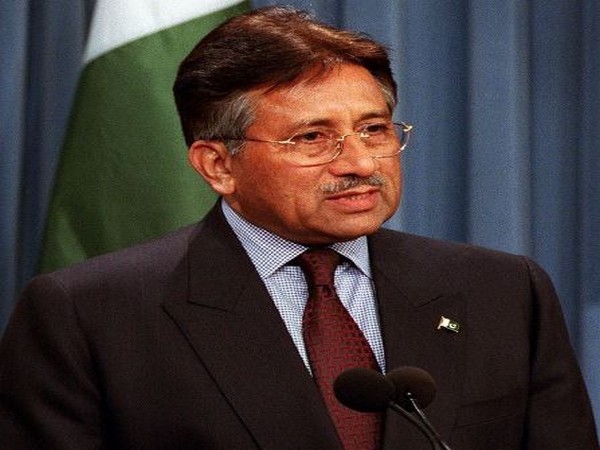 Islamabad [Pakistan], Dec 19 (ANI): The Special Court, which pronounced death sentence to Pervez Musharraf on Tuesday, has written in its 167-page detailed verdict that the body of the former military dictator would be dragged to and hanged at D-Chowk in Islamabad if he died before the execution of his death sentence.
For the first time in Pakistan’s recent history, a special court, earlier this week, handed a death sentence to a former military general in a high treason court.
As per the detailed verdict, cited by Pakistan Today, “The then Corps Commanders Committee in addition to all other uniformed officers who were guarding him each and every time, with boots on, are equally and fully involved in the act and deeds of the accused person.”
“As a necessary corollary to what has been observed, we find the accused guilty as per charge. The convict be hanged by his neck till he dies on each count as per charge,” the verdict said.
“We direct the law enforcement agencies to strive their level best to apprehend the fugitive/convict and to ensure that the punishment is inflicted as per law and if found dead, his corpse be dragged to the D-Chowk, Islamabad, Pakistan and be hanged for 03 days,” it added.
In the brief ruling announced on Tuesday, the three-member bench – headed by Peshawar High Court (PHC) Chief Justice Waqar Ahmad Seth and comprised Justice Nazar Akbar of the Sindh High Court (SHC) and Justice Shahid Karim of the Lahore High Court (LHC) – had found Musharraf guilty under Article 6 of the Constitution.
Article 6 of the Constitution states: “Any person who abrogates or subverts or suspends or hold in abeyance, or attempts or conspires to abrogate or subvert or suspend or hold in abeyance the Constitution by use of force or show force or by any other unconstitutional means shall be guilty of high treason.”
The special court, earlier this month, had said that it would announce the verdict in the case on December 17. The court on November 19 concluded the trial proceedings in the case against Musharraf for declaring a state emergency on November 3, 2007.
The court was scheduled to announce the verdict on November 28 on the basis of the available record but the Islamabad High Court halted the verdict announcement after Prime Minister Imran Khan-led government filed a petition against the announcement.
Since 2016, Musharraf has been living in a self-imposed exile in Dubai for “seeking medical treatment” and has not returned to the country since. He is wanted by authorities in connection to the case.
The high treason trial of the former leader has been pending since December 2013 when he was booked in the case.
He was indicted on March 31, 2014, and the prosecution had tabled the entire evidence before the special court in September the same year.
However, due to litigation at appellate forums, Musharraf’s trial lingered on and he left Pakistan in March 2016 “to seek medical treatment.”
The former Pakistan President was then declared an absconder as he failed to appear in court despite repeated summons and the court issued a directive to the Federal Investigation Agency (FIA) to arrest him. (ANI)