Maldives will not allow anyone to preach hate: former president Nasheed on Zakir Naik 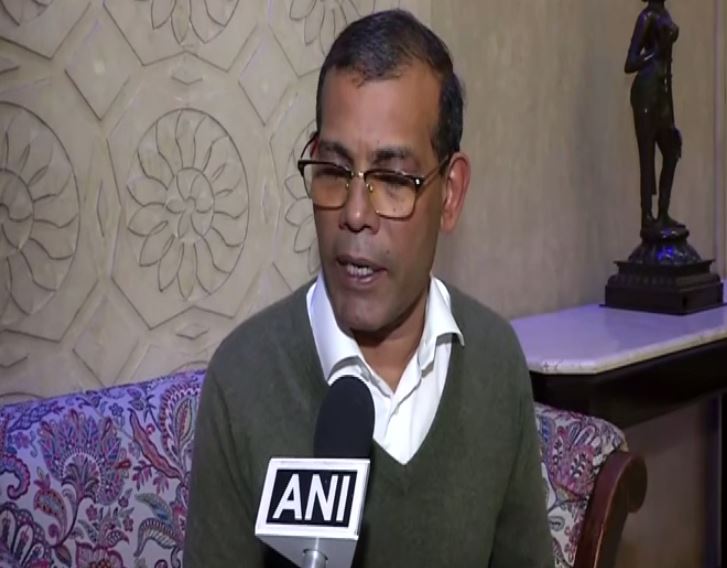 New Delhi [India], Dec 14 (ANI): Maldives former President Mohamed Nasheed on Friday said that controversial Islamic preacher Zakir Naik attempt to enter the Maldives recently was prevented as the government of the island nation does not want anyone to “preach” hatred.
Nasheed, the Speaker of Maldives Parliament, currently in India leading a parliamentary delegation of his country said that Zakir first came to the Maldives in 2009 and “had given sermons.”
“He first came to the Maldives in 2009. We were in government then, we allowed him to come into the country. He gave sermons here and there were no issues with him that we had known of. But then again he recently tried to visit again,” Nasheed said.
“The government refused entry to him. We have no issue with people who preach good Islam but if you want to preach hate then we are afraid we are not going to allow that,” he added.
Nasheed is here at the joint invitation of Rajya Sabha Chairman M Venkaiah Naidu and Lok Sabha Speaker Om Birla
India is seeking the extradition of Naik., who has been living in Malaysia for the last three years and is facing charges of inciting communal disharmony and committing unlawful activities in India.
He is also facing probe both in India and Bangladesh in connection with the terror attack at the Holey Artisan Bakery in Dhaka on July 2016.
In September after Prime Minister Narendra Modi met his Malaysian counterpart Mahathir Mohamad on the sidelines of the 5th East Economic Forum in Russia, Indian Foreign Secretary Vijay Gokhale had said that the two leaders discussed the extradition of Naik.
“Prime Minister Modi raised the issue of Zakir Naik’s extradition. Both the parties have decided that our officials will stay in contact regarding the matter and it is an important issue for us,” Gokhale had said then. (ANI)