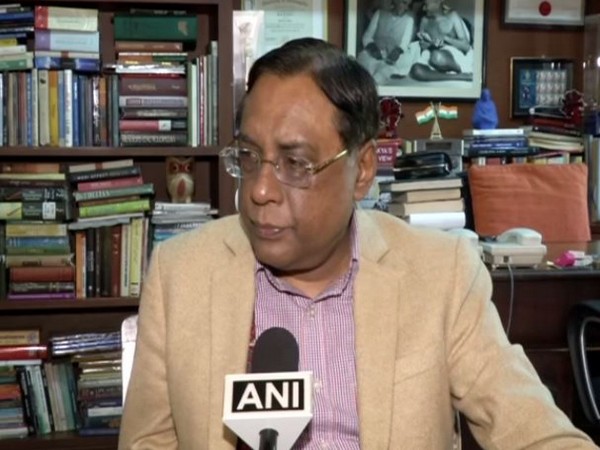 New Delhi [India], Dec 14 (ANI): The fault lines within the Janta Dal-United (JDU) over the party’s official support to the Citizenship (Amendment) Act, 2019, that helped it sail through the Parliament, has only apparently widened with the party’s general secretary Pavan Verma revealing that he had cautioned party chief and Bihar Chief Minister Nitish Kumar against supporting the Bill but his appeal went in vain.
While talking to ANI here on Saturday, Verma said that he is still waiting for a response from Nitish Kumar.
“I have made a direct appeal to Nitish Kumar, giving him reasons why JDU will contravene its own party principle and its commitment to the unity and harmony of India if it supports the Citizenship (Amendment) Bill,” said Pavan Verma.
“I have not heard anything from Nitish Kumar except that the party has gone ahead and supported the Bill in Parliament. Nitish Kumar needs to reply and clarify the party position. I don’t deal with anyone else in the party or take cognisance of their comments,” he said.
On the other hand, poll strategist and party leader Prashant Kishor had already spoken out openly against the Citizenship (Amendment) Act, 2019, taking a contrary view from the party’s official stance on the issue. He is slated to meet party chief Kumar in Patna today.
Meanwhile, according to party sources, JDU MLC Gulam Rasool Balyawi has also got a call from the Bihar Chief Minister’s office. Yesterday, he had participated in a protest march against the Citizenship (Amendment) Act.
According to the Act, members of the Hindu, Christian, Sikh, Buddhist and Zoroastrian communities who have come from Pakistan, Afghanistan, and Bangladesh till December 31, 2014, and facing religious persecution there will not be treated as illegal immigrants but given Indian citizenship.
Rajya Sabha cleared the legislation on Wednesday after the Lok Sabha passed the Bill on Monday. The passage of the Act has trigged intense protests in the Northeastern states and curfew was imposed in some areas. (ANI)