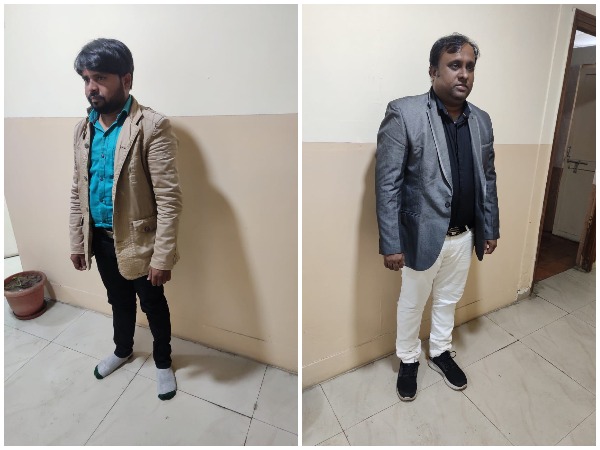 New Delhi [India], Dec 14 (ANI): South District Cyber Cell has busted a gang of notorious cheaters which used to dupe people on the pretext of investment in online share market trading.
Among those arrested are Vijay Masih, 41, and Md Abutalif Mansuri, 27.
A person, named Md Sajid Husain, had reported that in the month of May 2019, one Rahi contacted him on phone and asked him to invest in his online trading company and assured him a return of 12 to 17 per cent per month that could double his investment in a short time.
He was told to meet Masih. They called him repeatedly and succeeded in convincing him to make the investment. Husain gave them a total of Rs 22 lakh (Rs 15 lakh fund transfer and Rs 7 lakh in cash) to invest in share market.
Initially, they gave him some amount as interest, but after two months they stopped and closed their Noida-based office.
When the complainant learnt that the group had taken a lot of money from others also and were making false promises, he registered a complaint in Neb Sarai Police Station, South District, and also contacted the District Cyber Cell.
On receipt of the complainant, profile of the alleged persons were checked after which it was revealed that they have many accounts in different banks and they have collected a huge amount of money from different people in a planned way in the name of investment in online trading and promising to give handsome returns.
Accordingly, a case was registered and investigation was taken up.
During the investigation, a team was formed under the supervision of ACP Udaiveer Singh. A trap was laid near Saket as the fraudsters were supposed to come to collect money from a person.
Accordingly, on December 12, both the accused persons were apprehended and after detailed interrogation, they were arrested.
They later revealed that they had collected money from more than 100 people.
Masih, the mastermind of the plan, had employed four-five boys on 20-30 per cent commission basis in getting one target plus bonus on trapping huge investors. They got 15 accounts opened under different names and different banks which have more than Rs 5 crore of transactions in two years.
Further investigation is going on. (ANI)