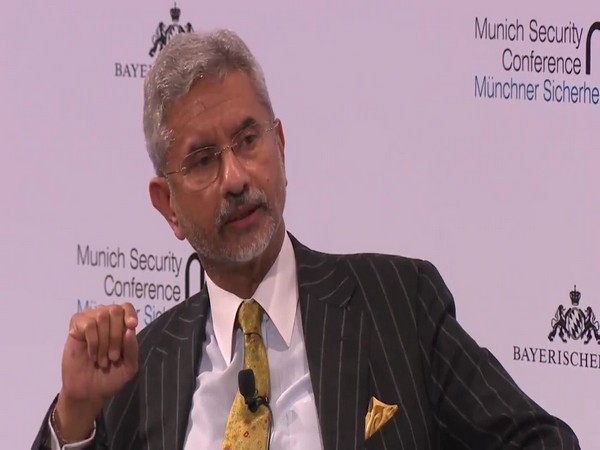 Munich [Germany], Feb 15 (ANI): Countries across the world, including the United States and China have become more nationalistic today and the phenomenon has resulted in a less multilateral world, External Affairs Minister S Jaishankar has said.
Speaking during a panel discussion at the Munich Security Conference in Germany on Friday, Jaishankar said that global economic rebalancing has led to a political rebalancing.
“What has led to weaker multilateralism? We have seen in the last 20 years an economic rebalancing in the world. It was a question of time before the economic rebalancing translated into political rebalancing… If there is going to be political rebalancing then we are going to be in a transition era,” he said.
“There is no question the world is more nationalistic. The US, China and different countries in the world are more nationalistic. A lot of this nationalism has been electorally validated. There are countries where it is a positive assertive nationalism. In some cases, it is more insecure nationalism. The fact is, a more nationalistic world is obviously a less multilateral world,” he said.
The minister stressed that the United Nations is far less credible today than it has been through its history, “which is not surprising because when you think about it, there are not too many things which are 75 years old and still as good as they were”.
“Clearly, there is something that needs to be done there,” Jaishankar added. (ANI)