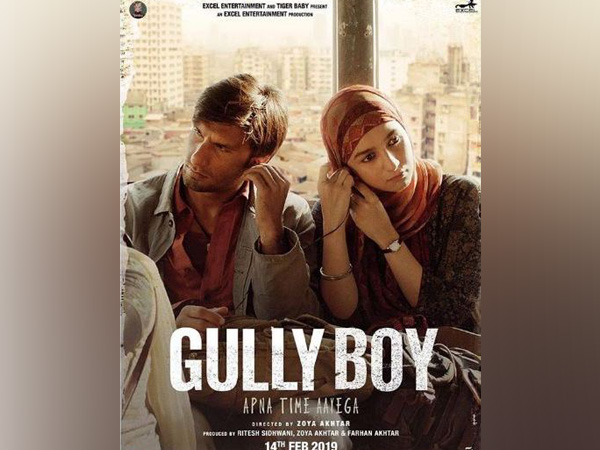 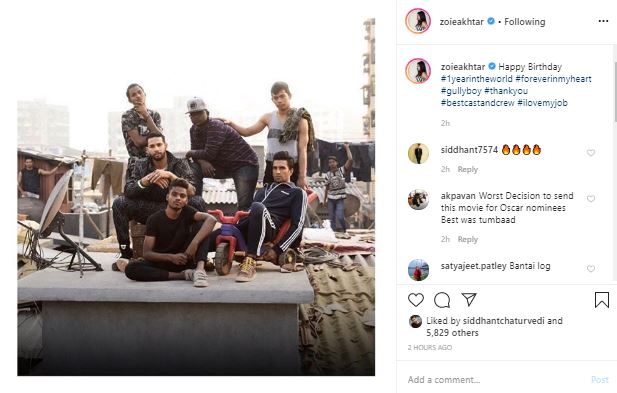 The picture shared by Zoya shows Ranveer Singh and Sidhhanth Chaturvedi along with others posing for the camera on the sets of the film.
Producer of ‘Gully Boy’ Farhan Akhtar also shared a throwback picture to celebrate the occasion, and wrote ‘Jab Mein Guzra Teri Gully se’. The picture shared by Farhan features him, Zoya and Ranveer sharing a laugh on the sets. 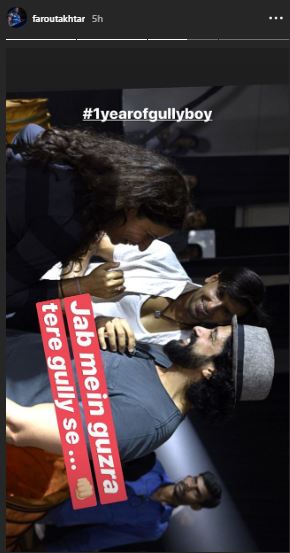 Alia Bhatt celebrated the occasion by sharing some behind-the-scene-pictures on Instagram and wrote: “One year ago (along with a heart emoji).” The pictures featured Ranveer Singh, Siddhant Chaturvedi and herself along with Zoya from the shoot of the flick. 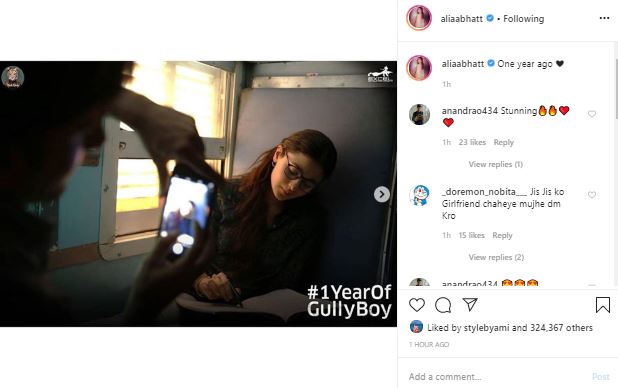 ‘Gully Boy’ was produced by Ritesh Sidhwani and Farhan Akhtar under the Excel Entertainment banner in association with Tiger Baby. The movie, focussing on the underground rap movement in India, also featured Kalki Koechlin, Vijay Raaz, and Vijay Varma in pivotal roles.
The film was India’s official entry to the 92nd edition of Oscars. (ANI)