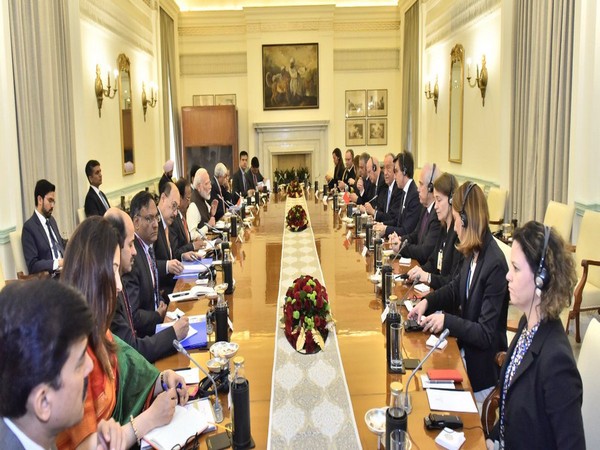 New Delhi [India], Feb 14 (ANI): India and Portugal on Friday signed an agreement to jointly develop National Maritime Heritage Complex (NMHC) in Gujarat’s Lothal.
The MoU on National Maritime Heritage Complex will pay the way for cooperation between the two countries for showcasing common Maritime Heritage.
NMHC will consolidate all diverse and rich artefacts from ancient to modern times. It will provide access to public and make them aware about India’s rich Maritime Heritage.
The agreement was signed during delegation-level talks between New Delhi and Lisbon.
The Indian delegation was headed by Prime Minister Narendra Modi and the Portuguese delegation by visiting President Marcelo Rebelo De Sousa at the Hyderabad House in the national capital.
Prior to the talks, the two leaders had witnessed the exchange of agreements between the two countries.
A total of seven Memoranda of Understanding (MoUs) have been signed between India and Portugal on the sidelines of Marcelo’s visit in the fields of nano-biotechnology, higher education, among other areas, while several other agreements have been exchanged.
Marcelo is on a four-day visit to India, accompanied by Minister of State and Foreign Affairs Prof Augusto Santos Silva, Secretary of State for Internationalisation Prof Eurico Brilhante Dias and Secretary of State for National Defense Jorge Seguro Sanche. (ANI)