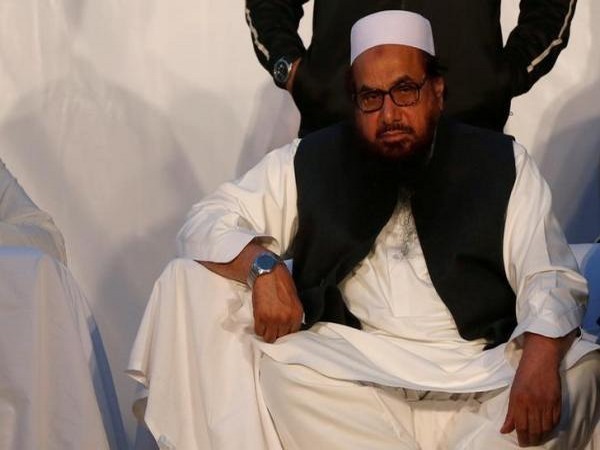 Lahore, Pakistan (ANI) Feb 15 (ANI): Wanted Global terrorist Hafiz Mohammad Saeed will most certainly be released soon after the verdict of the Financial Action Task Force ( FATF ), according to informed sources who added that there are intentional loopholes in the verdict which permit that.
The FATF meeting in Paris from February 16 will decide whether or not Pakistan finally needs to be blacklisted for failing to act against terror.
The lawyer of the Mumbai terror attacks mastermind, who along with an aide was convicted by an anti-terrorism court on Wednesday, says they will appeal the judgement in the Lahore High Court.
According to Dawn newspaper, Saeed’s counsel argues that his client was convicted for no other reason than due to FATF “pressure” ahead of its upcoming meeting.
Pakistan’s leading daily said besides involvement in foreign theatres, and the ensuing opprobrium this has brought to Pakistan, the fact is that LeT/JuD terrorists have also contributed to instability within the country.
The Jamaat-ud-Dawa (JuD) led LeT has maintained links with the Afghan Taliban and Al Qaeda, as well as with elements that evolved into the Punjabi Taliban.
Considering these precedents, it can only be welcomed that Saeed has been sent to prison.
Another major point that the conviction of the JuD chief raises is that, in Pakistan, militant groups are proscribed while their leaders and cadres continue to operate as per routine.
Informed sources said that Pakistan Army continues to provide logistics, training and funds to these terrorist outfits and use them as proxies against its neighbours, India and Afghanistan.
Many of these outfits are engaged in the illegal drugs trade and earn handsome revenue to maintain their cadres.
The Government of Pakistan in June 2018 made a commitment to work with the FATF to plug the loopholes. But a review by the intergovernmental organisation in October 2019 revealed a “lack of progress” by Pakistan Government to address its terror financing risks.
The FATF noted that Pakistan had only largely addressed five of the 27 items on the action plan, with varying levels of progress made on the rest. The FATF had then set February 2020 as the deadline for Pakistan to tighten the legal framework to curb money-laundering and squeeze the flow of funds to the terrorist outfits.
The organization warned if Imran Khan Government had failed to plug the loopholes by then, it would take actions, which might include calling on financial institutions of other nations to be cautious while dealing with counterparts in Pakistan. (ANI)