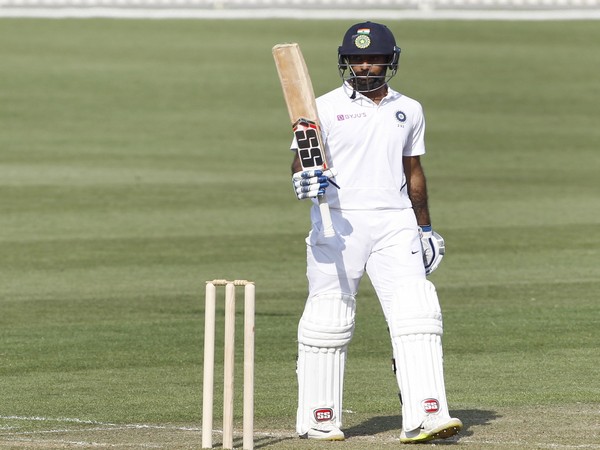 Hamilton [New Zealand], Feb 14 (ANI): Cheteshwar Pujara and Hanuma Vihari registered knocks of 92 and 101 respectively as India was bowled out for 263 on day one of the practice game against New Zealand XI on Friday.
For the three-day warm-up game, the two teams mutually decided that the visitors would bat first.
Youngsters Prithvi Shaw, Mayank Agarwal, and Shubman Gill failed to impress with the bat.
Shaw and Gill were dismissed for a duck while Agarwal managed to score just one run.
All of them were dismissed by Scott Kuggeleijn and as a result, the side was reduced to 5/3 in the seventh over.
Ajinkya Rahane made 18 runs. Jimmy Neesham dismissed him in the 16th over, reducing India to 38/4.
Hanuma Vihari and Cheteshwar Pujara retrieved the innings as they put on 195 runs for the fifth wicket. Pujara (93) was dismissed in the 72nd over by Jake Gibson.
Vihari retired hurt after scoring his century. Rishabh Pant (7) once again failed to leave a mark, and in the end, India was bowled out under 270. (ANI)

England have strong squad to compete against any team, says Chris Jordan