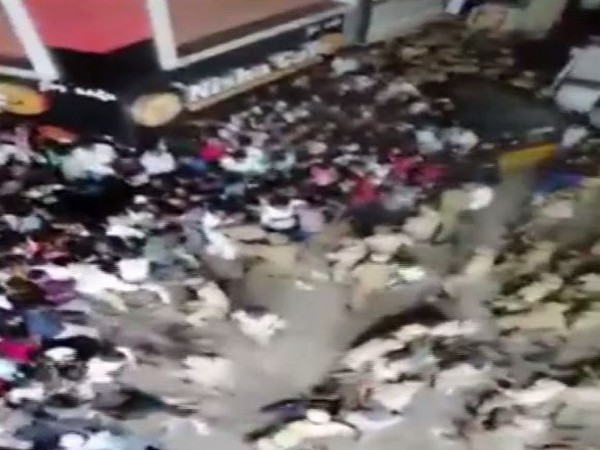 Chennai (Tamil Nadu) [India], Feb 15 (ANI): Police detained over 100 protesters after a scuffle with them during a demonstration against the Citizenship Amendment Act (CAA) and National Register of Citizens (NRC) at Washermanpet in Chennai on the evening of February 14.
The demonstrators, who had gathered in large numbers were raising slogans against CAA and NRC during the protest.
They then proceeded to push against the police barricades which was followed by the scuffle, the police also resorted to baton charge to disperse the demonstrators.
Following the detainment of demonstrators by the police, a protest was then held near Mount Road Dargah at Anna Salai, it was however, temporarily withdrawn. (ANI)