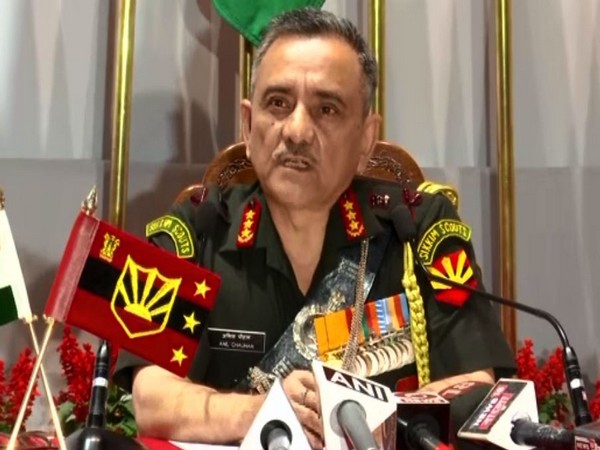 Kolkata (West Bengal) [India], Feb 15 (ANI): Eastern Army Commander Lt Gen Anil Chauhan on Friday said that there is a decline in the insurgency in the northeast region.
“Overall, militancy-related incidents in the region have declined by about 12 per cent and the arc of violence in the entire Northeast has shrunk primarily to the area which is the trijunction between Assam, Arunachal and north Nagaland,” he said while addressing a press conference here.
The Eastern Army Commander said in Nagaland, the government is engaging with the Naga National Political Groups (NNPG), NSCN (IM) and expressed hope there will be a positive outcome of these talks “shortly.”
“In Assam, the tripartite agreement between factions of the NDFB, the ABSU, the Assam government and the government of India is a welcome step and may be seen as a precursor to a lasting solution to this Bodo problem,” he said.
The Army Commander further said that peace is being maintained along the situation along the entire Line of Actual Control (LAC).
“Along the northern borders, with the setting in of winters, the activity level of both the forces on the LAC are relatively less. Peace is being maintained along the entire LAC. In the hinterland, the counter-insurgency situation is under control and we are confident that things will only improve in future” he said. (ANI)